Hello All. Original thread was posted on another forum: Destructible Minecraft Blocks [WIP] - Unreal Tournament Forums
I’m making another thread here because that forum isn’t very active at the moment. But to get fully up to speed and get some context on where I’m at with my work and what I’m trying to do, have a look over there first.

I am having some difficulty with a few things:

**1. [WIP] **As blocks are being broken in minecraft, cracks gradually form on the surface. I want a similar look, but the degree of cracks that appear should be proportional to the initial health of the block (eg variable: InitialBlockHealth).
Minecraft uses 10 different textures for the different stages of cracking, so there will be a different appearance for every 1/11th of the block’s initial health value. (the first ~9.1% damage wont show any cracks.) I’m still working out how to script this behavior.

I need a way to overlay these cracking textures over the base textures using something like a “multiply” effect using blueprints to achieve the following effect in-game: 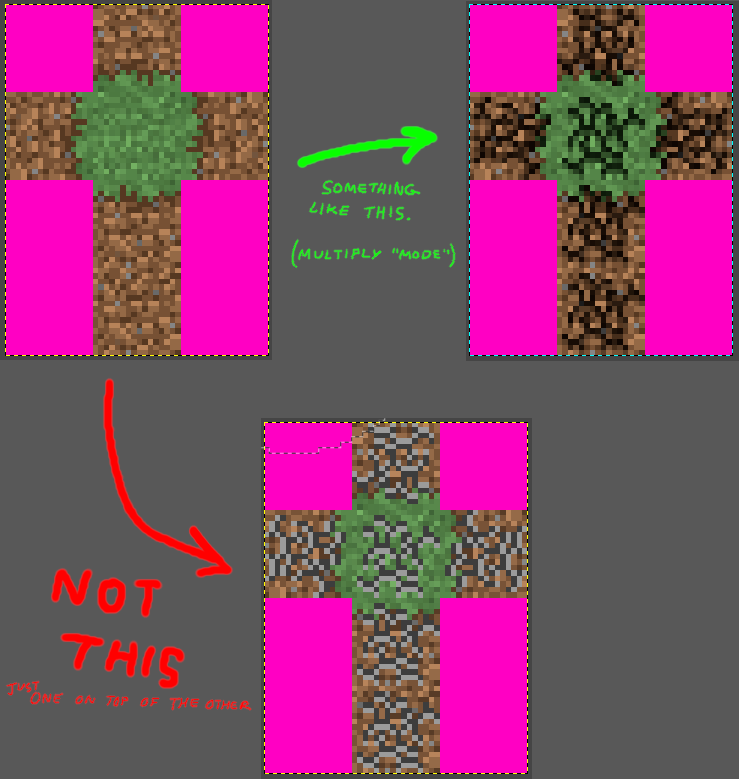 I’m not sure where to start on figuring out how to make this work, so any pointers is bigly appreciated!

**3. [WIP] **(Sprite-based particle explosion to be spawned upon block destruction. The emitter should be able to automatically retrieve the block base material and use the same material for the exploding particles.)
>>>I’ve created and added a particle emitter to my block class, and successfully implemented the code to toss some particles when the block is destroyed. However I am having problems automatically texturing the particle emitter to correspond with the material of the block. 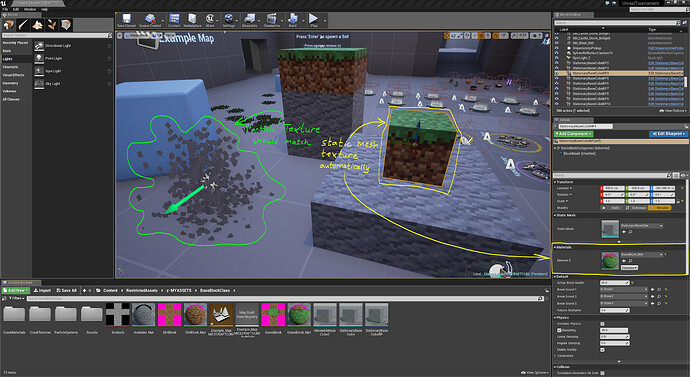 For some reason I can’t even manually change the emitter’s material from within the blueprint (which may be related to why my BP script isn’t working).