I have a static mesh that interacts with physics the way I want it too. But if I create a destructible version and use the same physics settings it reacts differently.

The destructible version is also missing materials( for some reason in stand-alone it doesn’t have its mats? It should be using the basic wall mat from the starter content. ). You’ll notice that the destructible cube re-acts more strongly – as if it’s lighter. But it has the same mass as the static mesh. I’m guessing I need to change some of the destructible’s physics settings. But I’m not sure which ones. It has the same mass and linear/angular damping. All the other settings, that I don’t fully understand, are defaults and appear to be the same.

I’m not sure what you mean by weight. I can’t find any weight properties. If you mean mass? Both objects have the same mass.

I’ve also noticed that the destructible stops responding to my projectiles once it’s fractures( even slightly ). Though it still interacts with other objects in the scene( like the player ) or the radial impulse from a grenade.

I have tried googling some of this and found a tutorial for how I want my destructible boxes to react. However, the guy mostly leaves everything on default and it just works. It is an old video though and it’s an older iteration of the engine( 4.7.5 ).

This is roughly what I want only with static and destructible meshes of the same type reacting the same as each other to impulses and impacts. 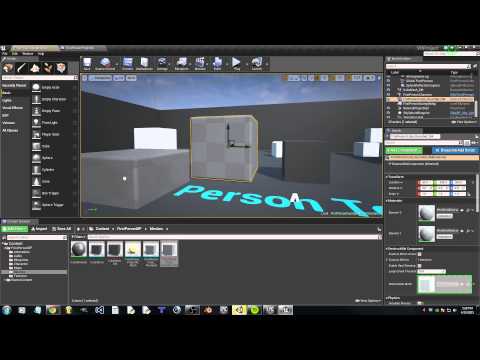 However, with mine, it’s like the physics is sleeping when it shouldn’t. It needs a large kick to wake it up.

Look at how this cube reacts once it fractures: 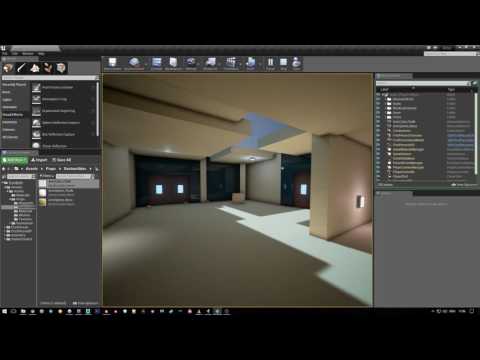 Once it breaks I can no longer shoot it and grenades just bounce off it. I can however push it with the player pawn and it does respond to explosions.

Here are my cube settings:

I’ve tried playing around with impact damage and so on. A lot of trial and error. Nothing seems to work.