I have been more or less playing around with destructible meshes for the past few days, and have created my own assets in 3ds Max. My goal is to have a few destructible assets, with which I can create a building that I can then destroy. I used Nvidia’s PhysX Lab (1.3) to create my destructibles.

The problem I have is, that whenever I try destroying something using the FPS Blueprint projectile (modified to explode on impact) a few pieces break off the mesh, the mesh then wakes up and just falls over, and I can’t cause any further damage to it, as the projectiles just bounce off. I can also run into the mesh before it is hit by a projectile, and cause it to fall over easily. I have tried meshes with 2 depths (shown in the example below) and 3 depths, with the same results.

A few screenshots to give an idea of what is happening, as well as the settings I used:

I hope I didn’t miss any important information to post here.

Any help is appreciated a lot, thanks in advance!

I believe if you have world support checked, then the chunkc which overlap static geometry will remain anchored.

So you need to move the wall down a little bit so that part of it overlaps the static ground?

btw - You can see the effect in the destructibles content example - if you move the example 1.5 away from the static mesh, it no longer remains anchored

Change you Default Impact Damage Depth, at the very least, to 0. Right now you’ve not got any impact damage happening. I see you have impact damage set to 7.0 but without the depth setup you won’t see this value being used.

Again, thanks to Tim for helping me out, and happy destructing! 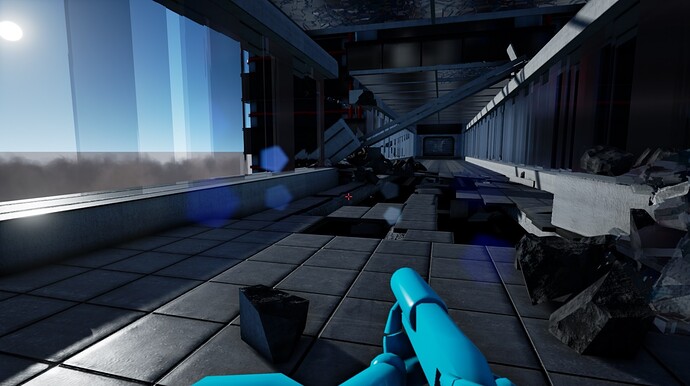