For a university project, I decided to create a destructable environment using PhysX and UE4, because I never worked with either and really wanted to get into UE4. I worked with UDK before, so getting into UE4 itself was incredibly easy.

I did encounter problems though, but thanks to the AnswerHub (Jesus, look at those walls of text :p), I found help quickly and reliably!

Anyway, in the end, it was a total blast to work with UE4, and I will certainly try to aim any future projects into this direction. This is a thank you to the developers, it’s awesome to see so much support!

Enough of my little story though, thank you for reading. Any feedback is highly appreciated!

Nice work! Glad everything worked out for you with this project!

I’ve got some things I’m working on that I’ll be putting up in the community section early to mid January. Something to help everyone with understanding destruction better and what settings work in what regards. A lot of that stems from our conversations on AnswerHub and other users wanting help.

Here’s a teaser of my side project: 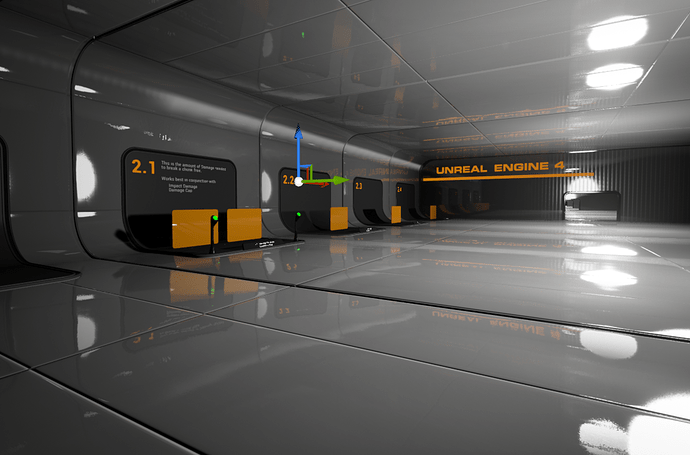 Anyways, not to steal focus.

I do have a couple of critiques that you can take or not.

I really do love the floor tiles breaking away. That’d be fun to have a multi-player shootout going on when a player is running at you and shoot the floor out from under them.

Overall, you’ve got a really cool thing going here! Do you have any other plans to extend on this or are you moving on to other projects?

Thank you for this detailled tutorial.

Congrats, its beautifull!!!, thats what i want to create!!!

Sorry for the late answer, I was fairly busy the last few days :eek:

Regarding the feedback I got from Tim:
I was in two minds about the lens flare and actually wanted to create my own, but I ran out of time, which is als the reason why I didn’t add particle and sound effects to the fracture effects. I also wanted to add a few more meshes to the bridge, long empty corridors are usually very boring to look at. I don’t think mine is an exception to that.

I wanted to add a second depth to the floor tiles breaking away, but I stuck with this because again: Time.

For those who are messaging me about tutorials: I don’t think I will be creating a tutorial on how I made it. I had a look at Tim’s work and it looks very good for both beginners and people who actually know what they are doing but need a couple explanations and examples on all things destructive. If you have questions however, I will be more than glad to answer them!