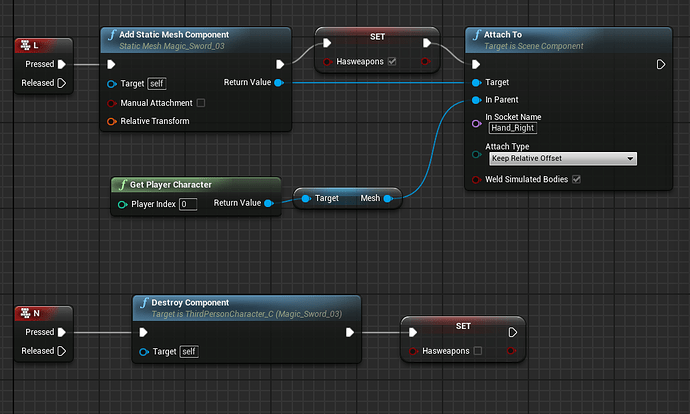 And the destroy component don’t work when i press N.

Don’t understand what you want to say. Can you make a exemple ?

What happens if you hook up the getPlayerCharacter node to the target input for the delete component node?

It show me a converter and do me this when i try to link player character to destroy component. 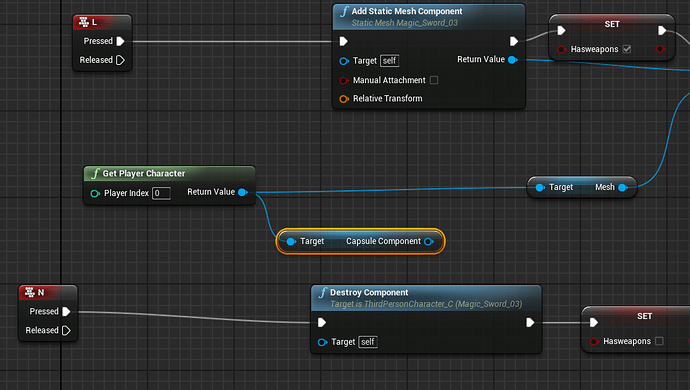 I’m in 4.10 and I can’t use Actor’s Destroy Component node, it’s deprecated and hided in blueprint.

The correct node to use should be Component’s Destroy Component, so you could save the return value of Static Mesh Component as a variable;

Then, when you need to destroy it, use that variable and drag off Destroy Component from it.

Note that you can only call this node “inside” the Component’s owner Actor, since you can’t assign an Actor to that node and the default value is the owner.