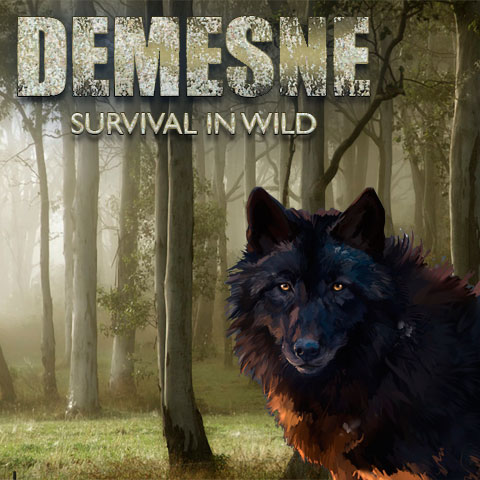 Our desire is to combine all the survival aspects of the games you’ve come to love and incorporate beautiful graphics and a much more realistic survival experience. There are no supernatural elements here. It’s you against the things that you would be experiencing in a real survival situation.

It is not the kind of a game that bores you after a couple of days. It’s a really challenging and realistic project where you have to survive. You will have to hunt, pass the cold rivers of the Taiga, find friends, live in caves or buildings and constantly fight for your life as you explore the beautiful forested areas and man-made structures found on the map!

The game will not contain zombies, monsters and anything like that. You will find real human beings and animals found in the real world.

You will not find any weapons or items that would not exist in these places and years.

Our game is for those of you who want to experience fishing, hunting, exploring nature, adventuring and surviving in the truest sense of the word. If you want to feel yourself in extreme survival circumstances - this game is for you!

What will you be doing in our game?

The main objective of the game is to survive in the taiga.

Explore the territory on foot or by alternate means. (Vehicles such as a trucks, horses, etc.)

First of all, you will have to hunt, earning yourself the meat, skin, bones, tendons, etc. If you have no means to cook the meat, you may eat it raw. If you eat the meat raw, you will risk being poisoned or becoming ill. You can also use meat as bait for predators and for fishing.

It will be necessary to monitor your clothes, so that they are in the good condition, such as dry and warm. You will be hungry. You will always be afraid of someone or something. It will be cold and wet. You will be ill and damaged.

The game will have weapons and gear.

After the release of the alpha version, the game will include Russian cars.

**What animals will you encounter within the territory? **

Primary Enemies: Wolves. They are very defensive and dangerous because you are encroaching on their territory. Grappling with them is almost always fatal and will end your game. Wolves can appear one at a time or more rarely in packs of three or more. Think twice before you shoot at an unarmed man, because the wolves can hear the shot and move in on you quickly and without mercy. 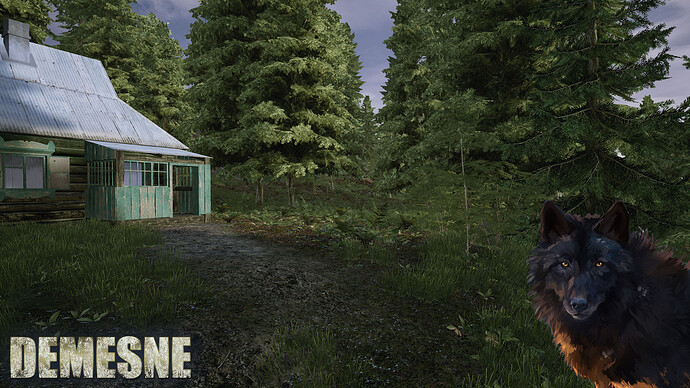 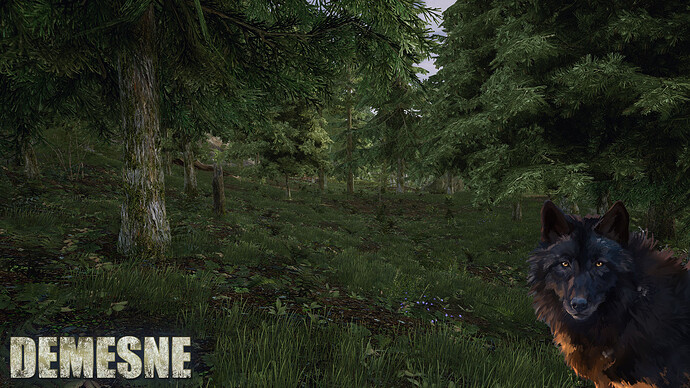 It is a simple walk in the woods, no gameplay

Added a postprocess for the light, a small vegetation, spruce, birch and shrubs, coastal grass and reeds. Changes for water. 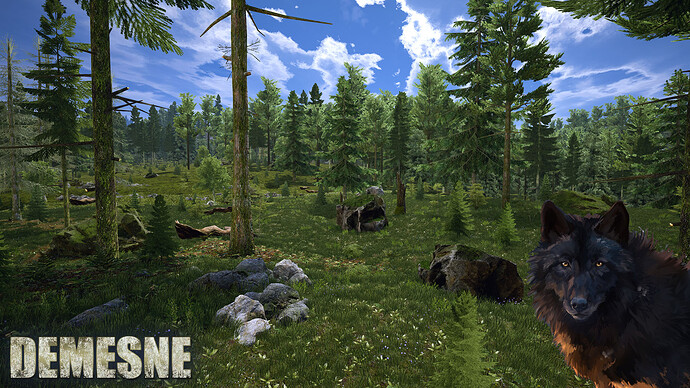 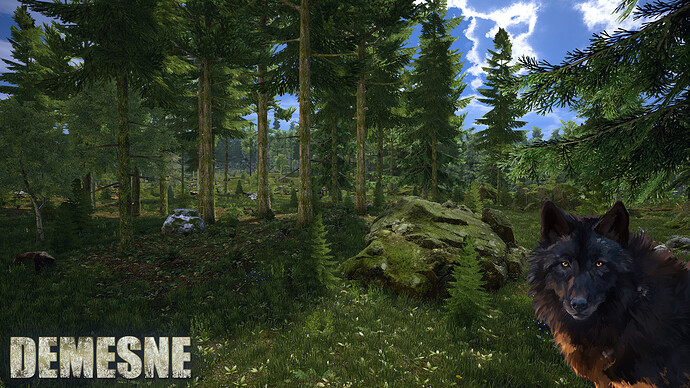 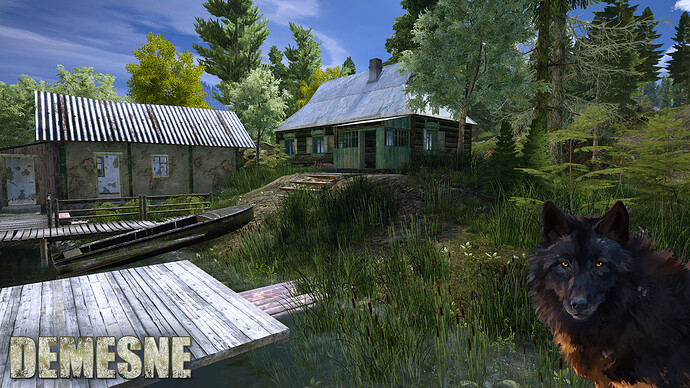 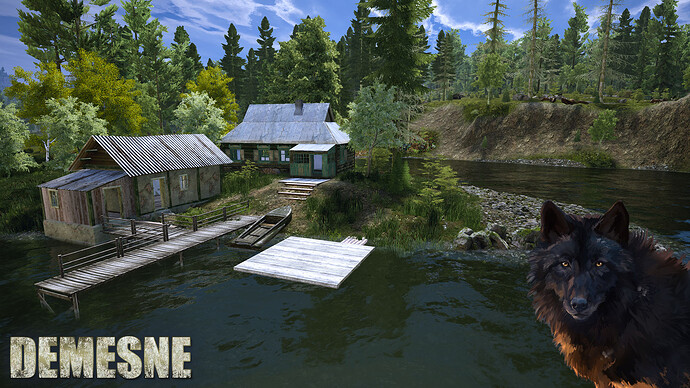 The pictures are looking just ok. That is if wanted to have a realistic style.
The shadows are a joke, you cant just set the resolution of the cascade down to 2 and then think it will look like fake GI.
You can see pattern on all the textures
That wold on the picture is so uneccesary, just put it behind the logo…
is it just me or do the pictures in the first post look way baetter then the last ones?
I think youre wrong if you think scaling the good graphics down will make it look better.

Just critics graphics are not as important to me, but im willing to sense them. 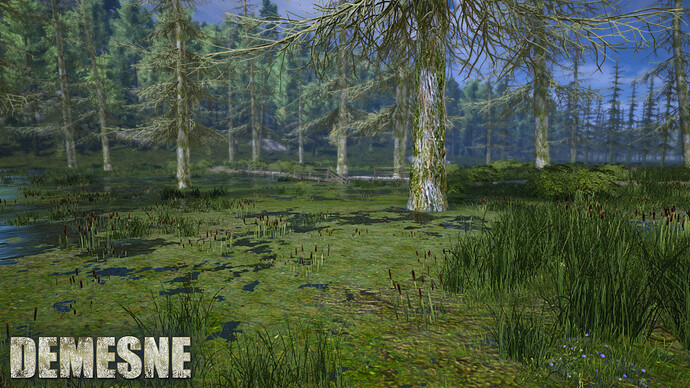 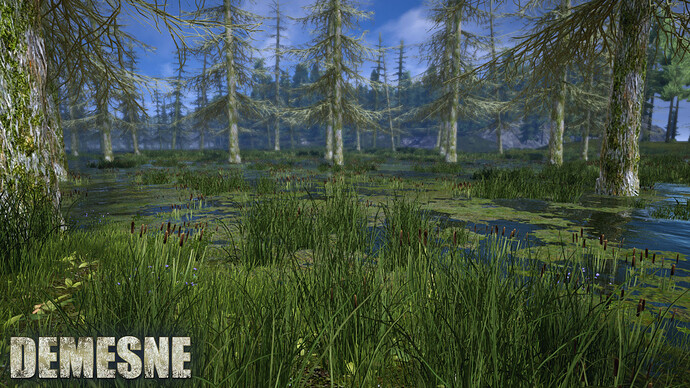 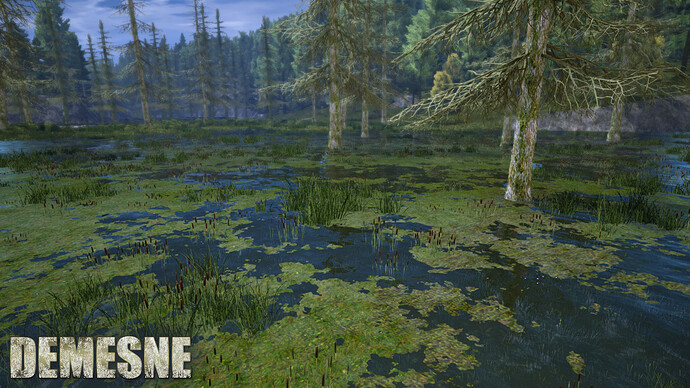 Thank you for your advice, I’m sure they will accept

Thank you. At this time, working on a project 2 people, but we will continue to try to do something special

The river and surrounding areas 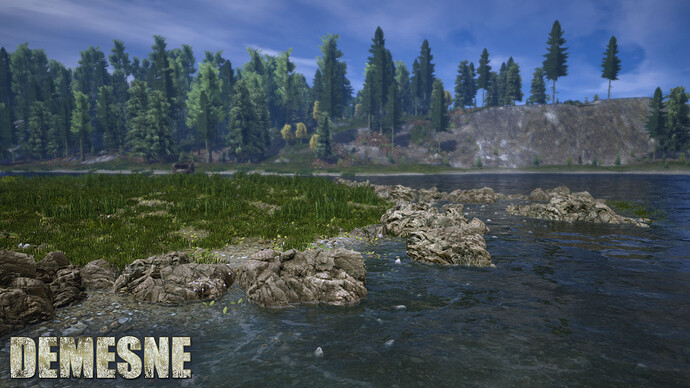 See? It looks way better now. And you even got rid of that **** wolf. The last picture right above me looks realy nice. I realy enjoy that smooth effect on the tree!
I would make the water smoother and the depth distance shorter.

See? It looks way better now. And you even got rid of that **** wolf. The last picture right above me looks realy nice. I realy enjoy that smooth effect on the tree!
I would make the water smoother and the depth distance shorter.

Yes, the water we will still be processed, but now there are more important things

Hello taiga men. These screenshots are the result of combining Demesne assets list and Kite Demo stones.
I would say, that it is very cool.
I am also pleased, to announce that beginning from 20 of January 2016 year there will be taking place preliminary internal tests during 3-4 days. Immediately after that we will
launch a test version on Steam store. Here are some warnings: We strongly recommend that you no purchase the product, if you expect a steep gameplay with optimization, but suggest to wait for the release.
Thank you for understanding 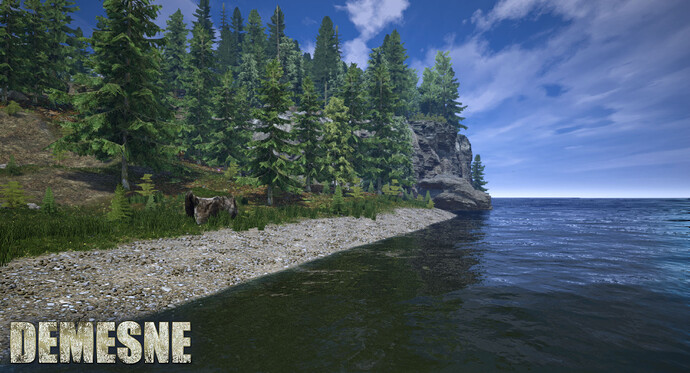 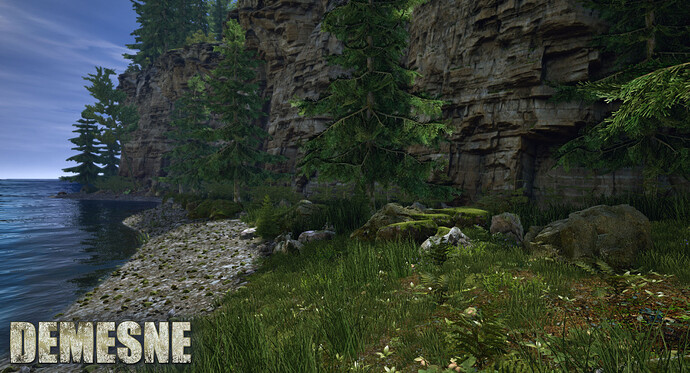 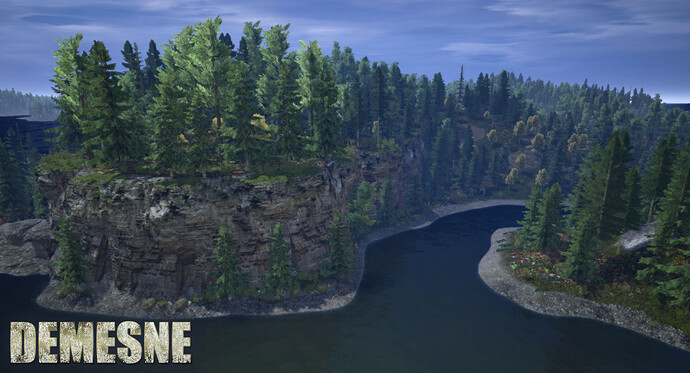 It looks nice :3 When can we play it?

It looks nice :3 When can we play it?

January 20 will begin internal tests. After that we will show gameplay

How about beautiful places in nature? 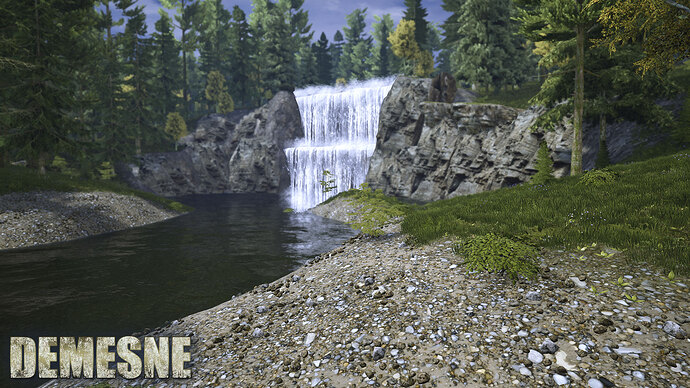 I see a texture pattern on the cliff
The water fall is not affected by refraction and dof, dont use particle waterfalls.

Well, taiga men, tired of waiting? Of course you tired of waiting! All major bugs are fixed. We will soon be in the sale !!! Finally there comes a time when you can financially support of our team and get pre-alpha version game. Everyone we speak “thank you” in advance. We are confident of your support! And now we show the new location. It will be very interesting!
So! Your attention “Old abandoned fort” …

The textures are nice though the lighting/shadows could use a little bit more though it is looking very promising.

The textures are nice though the lighting/shadows could use a little bit more though it is looking very promising.

This is just what I want to see

hi guys, here we will describe all the updates that we do not lose them
https://www.facebook.com/groups/demesne/ 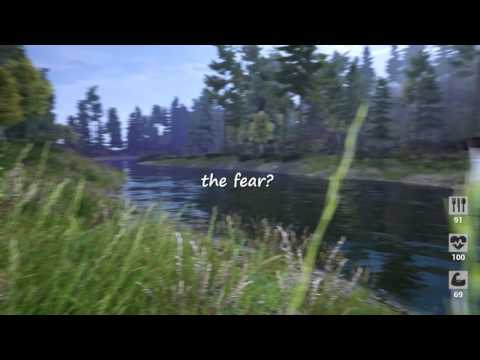