I see this guy all over the place in Epic’s example maps. I’m curious, why a lizard head? I feel like there’s some kind of story here, but I have no idea what it is. 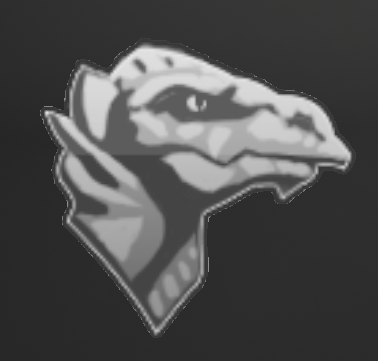 This icon design dates back to 1995, where it was the default actor icon in Unreal Engine 1. It was created by Dan Cook along with the other original Unreal Editor icons. Why is it a dragon head? Well, that’s another story that goes back to the very early days, where the game Unreal arose from combining James Schmalz’ early 3D prototype work (featuring a dragon flying over 3D terrain, written in hand-coded assembly language) with my work creating the 3D editing tool for the project (which later grew to become the original Unreal Engine). At that point, a dragon was the canonical character representing the game, hence the dragon head icon.

The icon was later recreated with a higher resolution, but the original design was preserved.

Thanks, Tim! It’s always good to learn some history.

Awesome, I always wondered about that icon too.

Was trying to find a vid of Schmalz prototype - couldn’t find anything, but I did come across some more history!

So… We are all just dragon spawners?

Lol, I always thought it was a griffin )