Decentralized Platform for the Tokenization of In-game Assets / Items

Any and all developers are invited who would like to join us and help contribute to the development of RPG and or UE4 plugins / blueprints.

We are happy to share the release of RPG Coin. ** 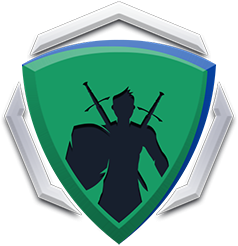 **RPG coin is a blockchain and platform optimized for indie game developers for transferring in-game assets, such as tokens/currency, virtual real estate, and unique items game items such as armor, weapons or anything game devs can imagine.

RPG Coin is a fork of Bitcoin that is asset aware and can create and issue tokens or assets and much like Ethereum expect RPG uses a single native client to issue, track, and transfer the assets. These assets are embedded into the RPG Coin blockchain and are transferable and move with the same ease as most other functioning cryptocurrencies.

Game Assets are issued directly from the RPG wallet using either the gui wallet or cli commands. The game assets represented as tokens exist on the RPG Coin blockchain and are transferable by simply sending the token(s) to a valid RPG address.** 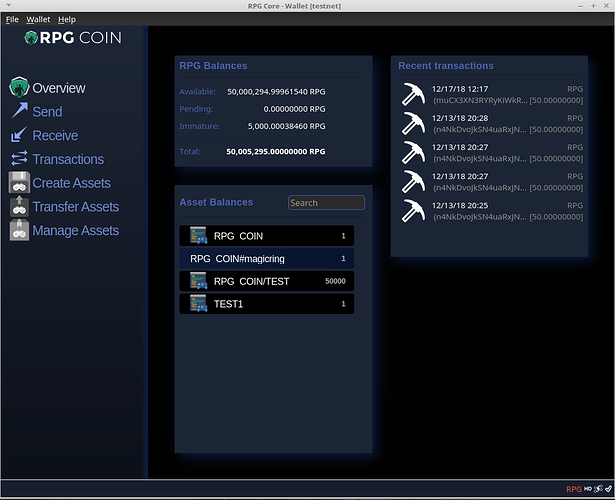 Some examples of unique tokens:

The goal of the project is to give indie game developers the tools necessary to integrate the blockchain into current projects and new games in the simplest but most effect manner possible. We aim to provide the gaming community a platform and blockchain they can help shape. RPG looks to be a decentralized ecosystem for both developers and gamers that adds real world value game play, rewards and more. **

**RPG Coin is free and open source. Any and all developers are invited who would like to join us and help contribute to the development of RPG and or UE4 plugins / blueprints. Once we have a working set of plugins published we will be setting aside a dev fund of 5 million RPG for game projects that integrate with the platform.

RPG can be mined publicly and transparently using Proof of Work (POW) using the x21s algorithm.