Would it be possible for debugging symbols for core modules to be distributed with launcher builds, or, maybe just via the GitHub repository or forums?

Whilst it is possible to build and debug the engine using the GitHub source, there are a few cumbersome problems:

It would be much easier to point Visual Studio at a selection of included symbol files and the GitHub source.

I’d be interesting in the following editor symbols:

That’s quite a small list, and there might be a couple more common ones to add there. At least with the core symbols, no-mans land call stacks can be avoided while working on game code 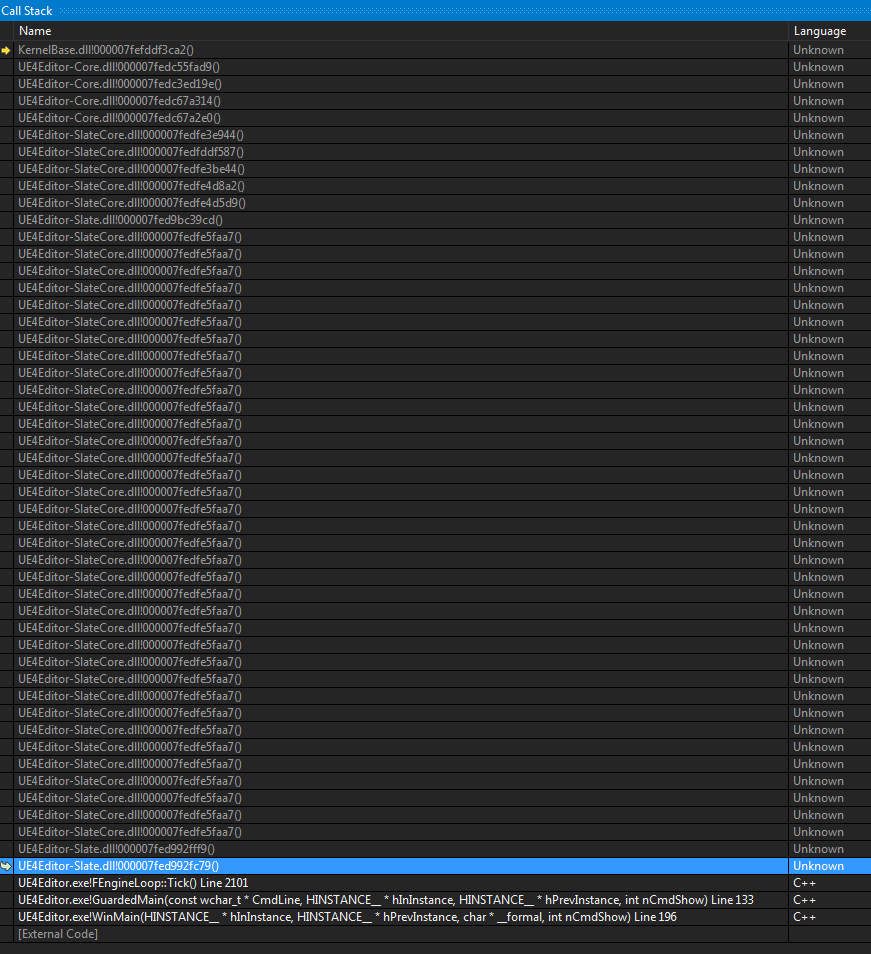 I am also very interested in - at least - having the debug symbols for all engine+editor binaries.

Maybe add a switch in the launcher for non-devs to avoid downloading stuff that won’t be useful for them. But for devs symbols are really needed.

I also discovered the “DebugGameEditor” is actually NOT a real debug build. It is a release with debug info, which is not the same thing at all - meaning 50% of the time VS debugger will just skip some lines, or not go inside a function (very frequent with UE functions). Is it possible to have such a thing as “real” non-optimized debug ?