Hey guys! I made some destructible meshes and assets in Physics Lab and imported them into unreal, when I destroy my asset some of the pieces of Debris just float in mid air and cant be interacted with… I changed so many different settings and even looked into the Physics lab and the problem was not there (I tested my destruction in playground mode and all the debris do to the ground like they should) Any suggestions as to why this is happening?

You can try to import the destructible pieces in separately, and try to rebuild it in unreal. Not the best answer

but in my experience Phyx is buggy and poorly documented (like just those few old youtube videos), actually many/most rbd systems are buggy like you mention. The lab is old and hasn’t been actively developed in years, which makes it more prone to bugs. Try testing simpler shatters > unreal see if that works, it should, but honestly I’d be wary of using the lab. There aren’t a lot of people using it so you never know if its user error or a bug, and google searching won’t find you much. 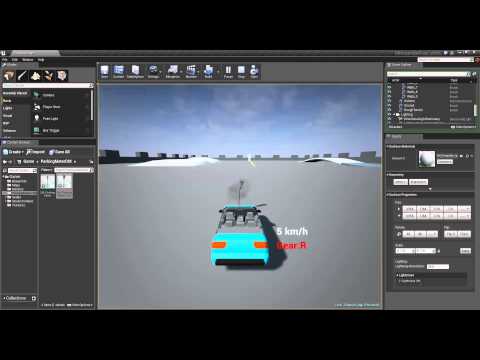 Ok thanks for the reply, do you think I would be better just doing destruction in 3dsmax? Or just keep trying with Alex?

Well its worth it if you can get physx working, but I would test it a few different ways then say yes/no for this project. Does the simplest test work as expected in the Unreal version you’re using? (Which version btw?) If not I can run a quick test on my end and see. But yeah the fall back is Maya/Max destruction import fbx chunks.