Deathwave its a throwback to old school shooter madness. Inspired by doom, quake, and serious sam.
The game its a wave based arcade shooter, where you defeat waves of enemies, increasing in difficulty each time, with the goal of getting the highest score possible.
The game blends science fiction with fantasy elements, and you use spells alongside guns to defeat your enemies. You can see the gameplay video of the current prototype here. You wield both guns and magic, in a fast paced manner, to defeat the different enemies in the game. Right now, enemies are quite basic, but im working on higher tier enemies wich use special habilities themselves and clever AI to make your life impossible. When you finish a round, you get money wich you can spend to upgrade your weapons, magic, or stats like health or mana points. It is possible to play without guns, in a purely magic based build. Or you can ignore spells and just play like a normal shooter. Right now, we have 4 spells implemented in the game, and 3 enemy types alongside a boss. The enemies and the boss can be seen in the gameplay video. Spells equipped in the video were only 2, a fireball wich works as an AOE damage spell, and a Blink teleport spell wich allows you to have extra mobility to avoid the enemies and dodge attacks. The other 2 spells are a chain ligthning spell wich goes from enemy to enemy damaging them up to a number of jumps, and a Ice blast wich freezes every enemy in place in a cone in front of the player.

2 maps currently in the game, both WIP: 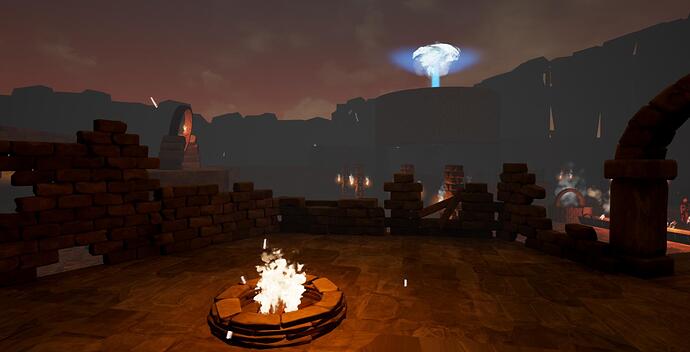 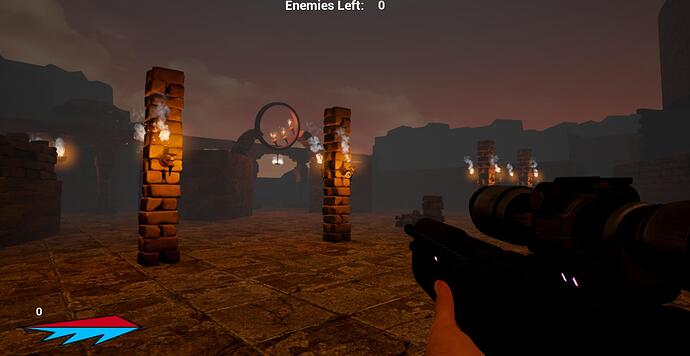 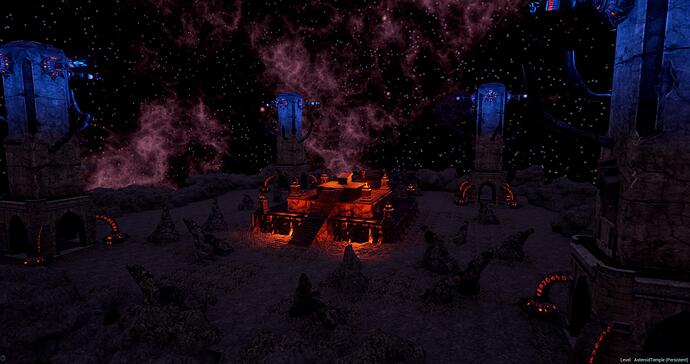 Due to the lack of dedicated artists, we are using as many free assets from examples and assets from marketplace as possible.

We plan on launching to greenlight very soon. For the early access version 3 maps are planned, plus full working economy, 4 enemy archetypes with several subtypes each, and 3 bosses. Final version of the game will depend on the funding from early access.

We really need environment artists and 3d modelers. If you want to work with us, PM me, i give good criticism and the opportunity to work on a organized team, also, i offer to teach UE4, programming or general gamedev knowledge to the people who apply.

This prototype has 3 weeks of development time, no budget.