I’m looking to add Red Orchestra 2 style deadzone aiming into my game but I’m not sure of the best way to go about this.

I’ve made an AimOffset for what I want the deadzone to be, the only problem is, I’m a little lost on how to rotate the character as well as use the deadzone.
The game I’m making is MP so all this needs to replicate properly too as I’m building it with one model for third and first person.

Any ideas or suggestions on how I can set this up?

I’ve heard the term used in a few different forms. Alt Aiming, True 1st person to name a few but I assume you mean the ability to aim in one direction while running in another?

I’ve been doing video blogs as to the development of our game for our fans who like to follow along and alt aiming (dead zone) is something we are looking to implement. 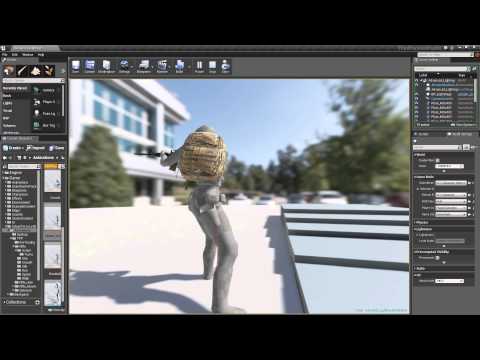 Bit wordy but the trick is to know when to bind player direction to the camera yaw and when to bind it again as to the need to change direction.

Don’t know if this is what your looking for but the idea is to have the best of both with out having to commit to a single mode as the player can alt for one mode to the other as an option but using root motion what ever direction the player is facing at the root Z that’s the direction the player moves.

Just a suggestion of course.