During the set up of my blueprint I stumbled upon the feature to reorganize the construction code execution line. Just for fun I created two of these blank nodes and connected the first node with the second node. I expected that nothing would happen, but the entire engine froze. It does not do any work, it just stopped executing anything as if the engine had entered a deadlock. I assume that this is a bug. I did not know how to search for this bug, so I do not know whether this was already reported.

Since I can not accurately describe the situation, here is a picture: 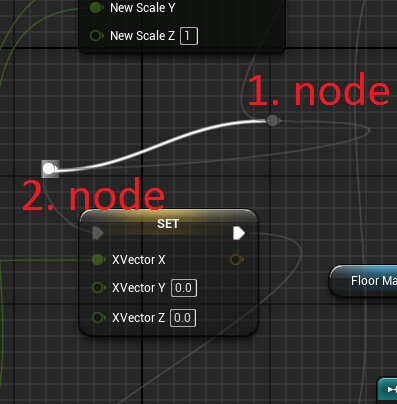 Oh yeah, I have reproduced it by doing the same steps as mentioned above.

After doing a bit of digging I was able to find that this is a known issue (UE-3767) that has been submitted to the developers for further consideration. This issue has been closed for now as unresolved due to the nature of this issue being incorrect work flow. Thank you for your time and information. I hope that this information helps.

I am well aware of the reason for this bug, but I still think that the engine should not freeze

I could not do anything - not to speak of saving my files - and had to kill the engine process through the task manager. While this may be rare, doing what I did can still happen by accident.

One more thing: Would you mind telling me how and where you did dig this issue out? Did you search at this answer hub under Bug Report?