Hello everyone,I’m trying to learn UE for archviz and currently going through tutorials on UE learning section. Specifically, this one Getting to Know UVW Mapping for Architectural Visualization.
In it it says that all objects should have two UV channels, 1 and 2 which will become 0 and 1 once imported in UE.
I’m using 3dsmax 2019 and UE 4.24.1.

After creating geometry in Max and UVW unwrapping it, I set the exact same UV coordinates with two modifiers on two channels. Chanel 1 for texturing and channel 2 for lightmaps, which should be converted to 0 and 1. Like this, right?

Then in UE I start Datasmith and when I import it I select not to automatically generate lightmaps, so not to overwrite the ones I created. Like this, right?

But imported geometry only gets one channel. Channel 0. 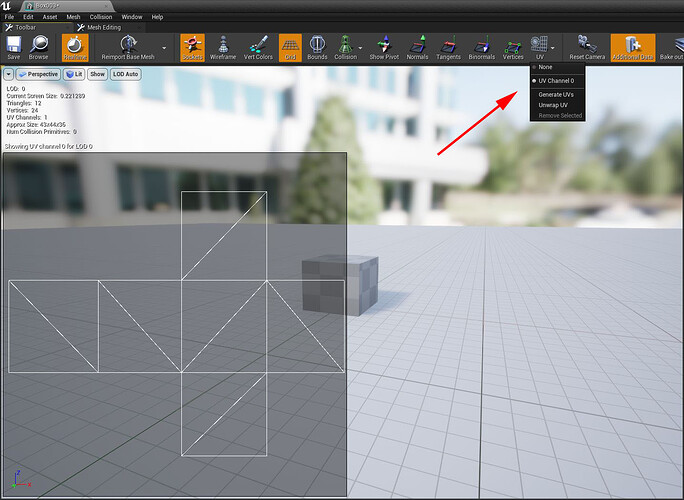 Maybe I need to leave Generate lightmap UVs on? Maybe it will take the ones that are in channel 02 in Max? Nope. I just flattens the object. 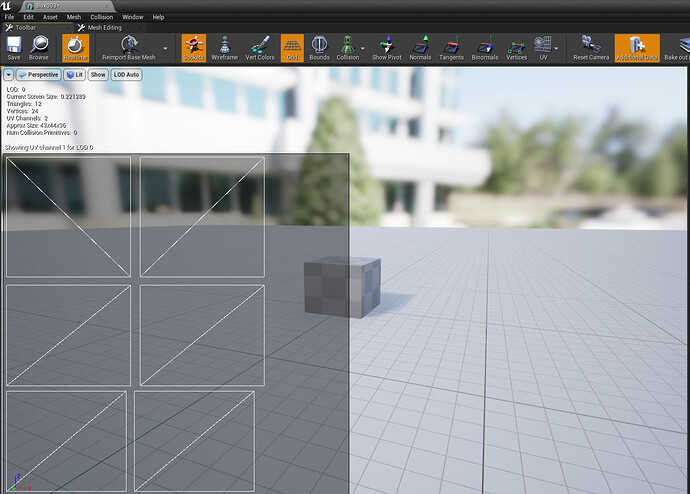 I must be doing something wrong. I go through documentation and find out about Datasmith modifier in 3dsmax with which you can set which channel to use for lightmaps. ■■■■, I think to myself, I want to create archviz scenes which can have thousands of objects. How could this be any better then exporting to fbx. Right? But I give it a try.
I set it up. Like this, right? 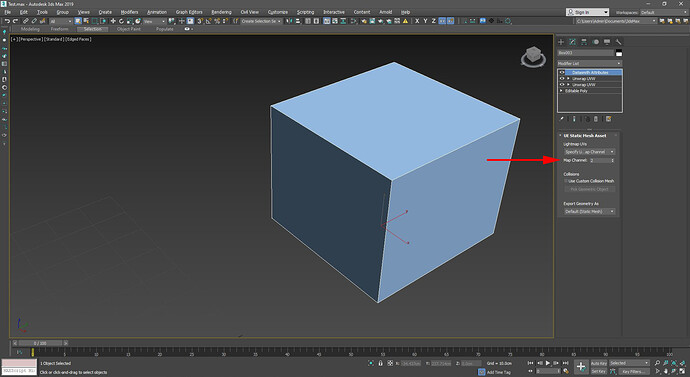 But, it does nothing. When imported in Unreal, result is exactly the same. Just one channel, if Generate lightmap is on, or flatten UVs if it’s on. 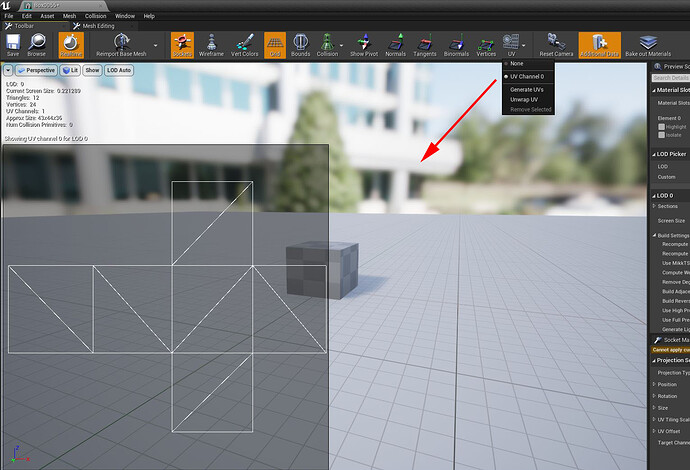 When I export / import fbx, I get two identical channels 0 and 1, just like tutorial says I should.
Is this a Datasmith bug? Am I doing something wrong? I already went through all Datasmith tutorials, and there was nothing on this subject in them.
Thanks in advance!

Still haven’t figured it out, any info on this by anyone?

I believe the material needs a texture applied otherwise the uvs are discarded, even if it’s just a placeholder.

I believe the material needs a texture applied otherwise the uvs are discarded, even if it’s just a placeholder.

Nope, it’s the same. If I don’t check generate lightmap UVs I only get one UV channel, and if I check it I get exploded UVs. Exactly the same results. 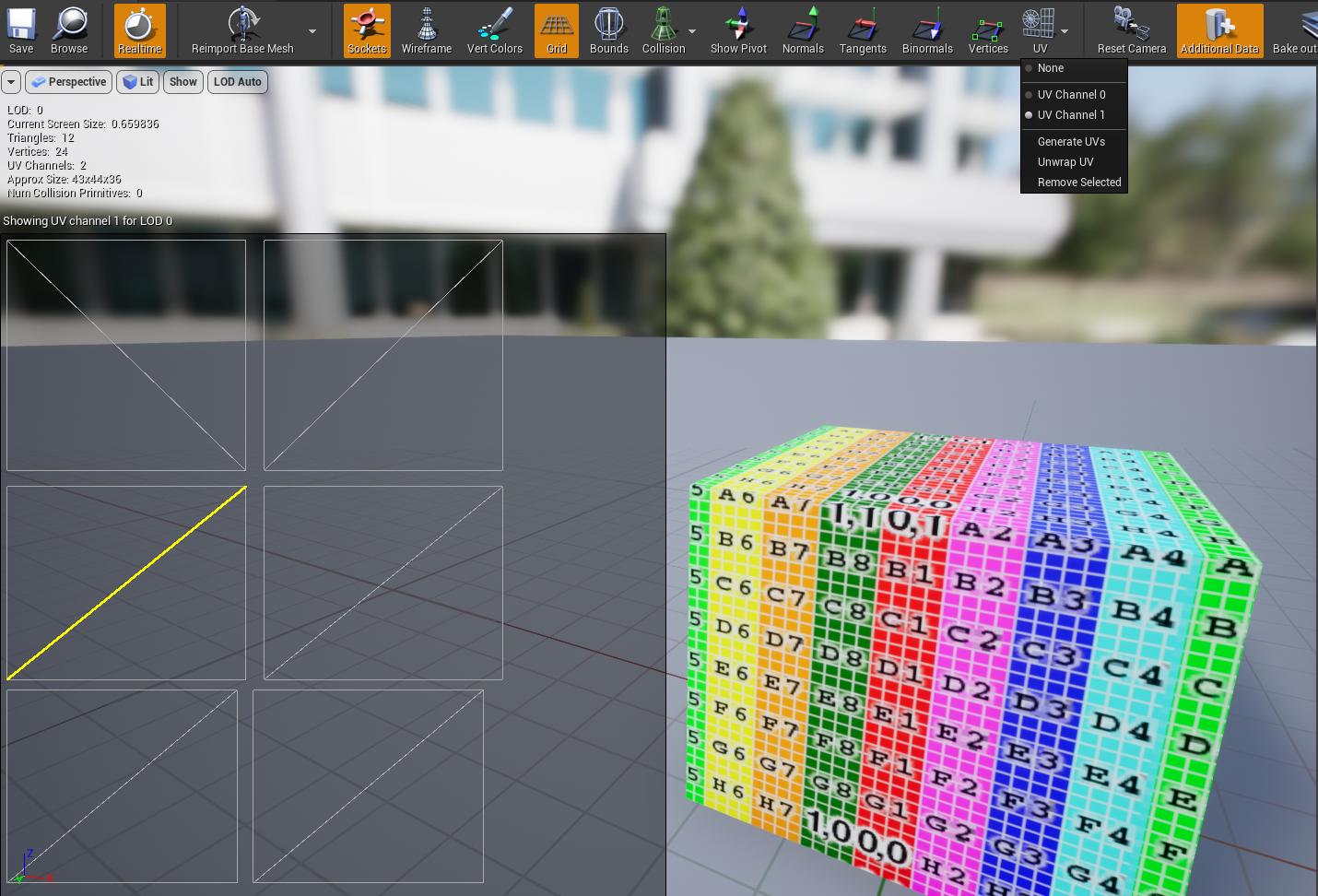 I don’t get it, how do people use Datasmith? Everybody just uses generated “exploded” lightmap UVs? Then why does every tutorial pound on you “must be UV unwrapped properly, lightmass, shadows…”.

I had the same problem, To Fix this issue, what I have found is if the UVs are identical on map channels 1,2, or so on, It does not get imported to an unreal engine. This has worked for me try it yourself and let us know.