I am working on some files unrelated to Datasmith or Unreal in 3DS MAX 2022.x. Team members are experiencing problems such as crash on open or other errors that indicate datasmith as the problem with any files I touch or create they in turn need to use.

These users to not have Datasmith installed as they do not use nor need it. Installing Datasmith for all users may resolve this issue however we (IT) do not want to install anything users to not need active or passive if we can help it. This is more of a hassle for to keep track of on top of other plug-ins and dependencies. This is more so when considering 100’s of machine in our render farm.

Does Datasmith add something to the scene root or to objects? I do not immediately see anything. Or is there some trick to having Datasmith installed without it doing whatever it is doing?

Hello,
Thank you for reporting, I will check with the dev team.
Do you have some crash report you could share with us?

Checking with our team now to reproduce the error and hopefully get any sort of log of it from MAX.

Hi! one thing that comes in mind is the Datasmith Attributes Modifier. Its possible that one object in the max files you are trying to load have that modifier assigned.

Your description isn’t clear about whether 3ds max is crashing or simply reporting that the file opens with a missing plugin. Screenshots could help here.

Here is a test I have made locally:

Max prompts me with this error dialog: 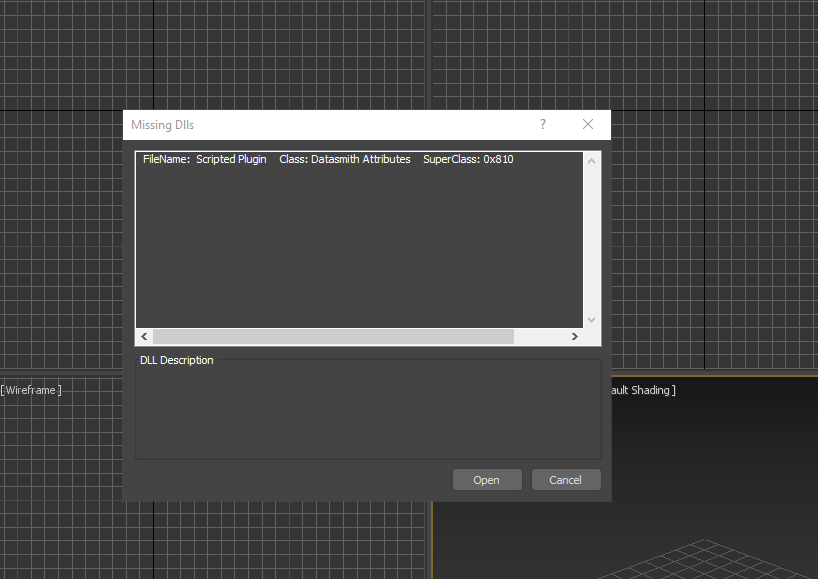 This is “expected” as this is pretty much how 3ds max is designed: 3rd party plugin data is saved inside the MAX scene but that data can only be read if the plugin is installed. That’s the case for all plugins that can be added to 3ds max.

When selecting the object that had the modifier applied I get this: 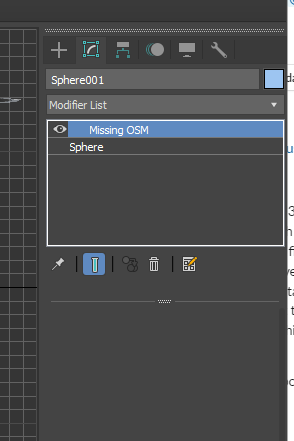 If 3ds Max crash (as opposed to prompt for an error), then I would be surprised that its caused by datasmith, as this modifier is a scripted modifier that extends existing built-in classes shipping with max → that would be something Autodesk need to fix.

Here is the max version I used to test this:

Let us know if you can make some progress on this or have more information.

Thanks, this is my suspicion, as you say all plugins are like this. I have no idea what object in the scene may have it applied. A “cleaner” tool would probably be the best bet to prevent the need to check 100s or more objects in a scene. Personally I have not used any function outside of Export->select Datasmith from the file type dropdown. If something got applied in the scene it would have been accidental.

The team member who got the error just sent me the error msg and its is the same scripted plugin missing dll msg you demonstrate. So it would seem something in the scene has that modifier applied. I will see what I can do to find it.

It turns out an object in the scene did in fact have this applied. Removing it has corrected the problem for the other user.

Thank you for the assistance.

You can remove the modifier on the object in the file (even if the datasmith plugin isn’t installed) and that will be ok as well:

This canbe done fairly easily with the Scene Converter tool: 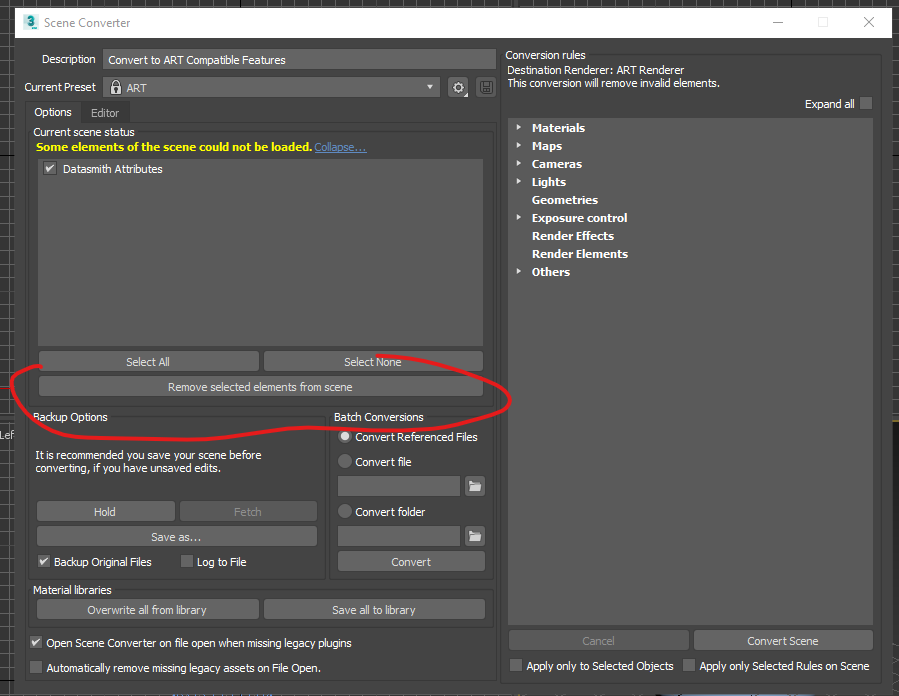