I got in touch with Vectorworks recently about how import light sources from Vectorworks into Unreal (Using Datasmith) was so close to working but not quite there. They responded to me and said this was due to Twinmotion not supporting MVR Export and that it might help if I posted on here, so here that is. Below is the email I sent to Vectorworks detailing the issues:

Would love to get some help- I’m exploring using Unreal Engine for Pre-Vis, given it’s incredible power with photo realism, lighting bounce and shadows.

I loved seeing that I can export to Datasmith from Vectorworks- Just a couple hours cleaning up a file and I was able to export a file that was almost ready for vis. I can see from the marketing material that TwinMotion/Datasmith export is intended for architectural and not Lighting Vis but it seems so close already it’s a waste to not get that final bit over the line and get this extra use. Materials/Textures come across really well and using the architectural tools in Vectorworks makes it an ease to have Vectorworks as part of this workflow.

I just have 1 problem- Lighting Instruments are exported awfully! There are a few key points which I feel could be improved and I’d really appreciate your thoughts on how to make this process. Perhaps some are due to the lighting device models I’m importing. I’ve tried to write this somewhat like a long bug report/ feature request.

can you share some of the screenshots with us.
In intro you speak about Twinmotion and Unreal Editor imports. Among all the issues you list are those things you see when you import in UE or Twinmotion?

The issues I list are things I see when I import into UE. 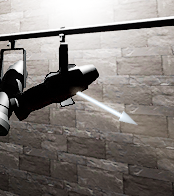 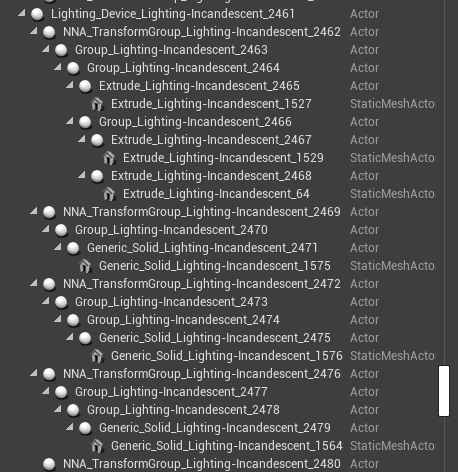 Any luck? I have resorted to rebuilding my whole rig in unreal. I put an UE5 moving light right next to a Vectorworks import. The DMX works well. And as you mention sometimes the Vectorworks emmiter works. Sometimes not. Even after rebuilding cone depth and build lighting…

Anyway my stage architecture looks amazing in UE5. But the day when hundreds of fixtures are needed… hmmm

MA3 mvr 3d viz is quite good these days. But it bogs down my expensive board to 6fps. Network session to a real computer is the best for 3d

Hello I saw on the unreal site that in version 5.1 the import of the MVR format incorporated in the import of the datasmith format is finally supported, could any of you tell me how it works? How do I import the mvr file including texture fixtures etc ??? Furthermore, to import a stage, how does it work, should the file be exported only to datasmith or should it also be exported in MVR format, can you help me?
I await a precise response from the staff or from you users!
Thank you
Greetings
Matteo.

going to understand. What I saw is that when you import datasmith, UE ask if you want to import mvr also. I export from VW a datasmith file with lighting fixture containing gdtf etc… but I don’t know how to proceed

As far as I understand, I believe that with the addition of mvr file support to the datsmith plug-in, I think it is enough to patch in vw once the gdtf files are associated with the fixtures present within the vw project, patched, then just export all at first in MVR and then subsequently export to DATASMITH and import everything into unreal enginestrong text