Dark Storm: Ascension is an indie stealth action title, with roots heavily inspired by classic games such as Metal Gear Solid and Deus Ex. You play as Amber Kingsley, a form Army Special Forces soldier that was dishonorably discharged after a failed mission in North Korea, which resulted in the deaths of several members of her squad. Now riddled with guilt, Amber has joined Ancile, a private military corporation charged with protecting the Irving Apex Facility in Alaska. There she hopes to find a new purpose, but will ultimately be forced back into action when the base comes under attack from a mysterious enemy.

Hello everyone with this thread we will be documenting an overview of gameplay mechanics and content we have developed for our game Dark Storm Ascension using Unreal Engine 4.

Recently we began redeveloping the full game using UE4 originally using UDK (Unreal engine 3) We began using our secondary game Dark Storm VR Missions as a base for testing gameplay mechanics and evolving our characters attributes. You can read more about the status of the game and our development so far by viewing our Letters From the Producer Here:

Letter from the producer 1: http://www.indiedb.com/games/a-dark-storm-is-coming/news/letter-from-the-producer-i

Weapons Storage - Storage rooms for Irving Dynamics and Anciles weapons, players can use these room to hide from enemy patrols. When in a tight pinch players can climb into ceiling vents to make there great escape. 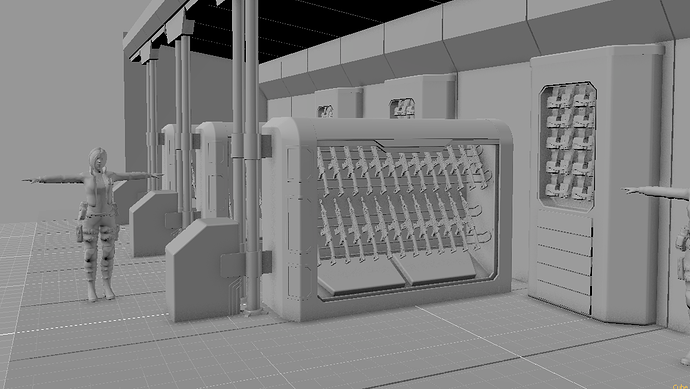 Concept art for the weapons armory. 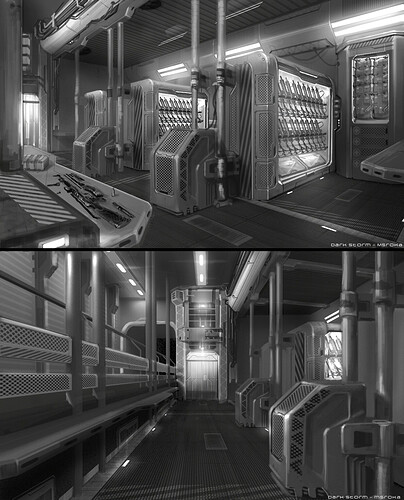 Amber’s Room: Basic Meshout of amber’s room. this where the play starts in the beginning. WIP

Concept Art for ambers room for modelers and level designers. 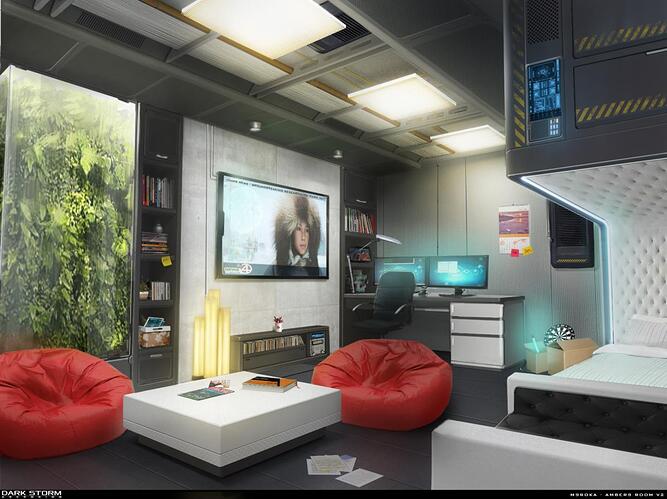 The residents of Irving Dynamics use the tram station to travel back and fourth from work to home everyday. 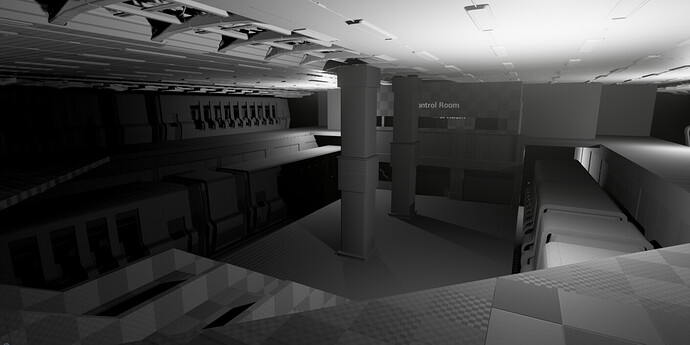 Dark Storm VR Missions is primarily inspired By Metal Gear Solid VR Missions and Perfect Dark (With albeit some tron elements) The above screenshots are the most current taken from the VR with a completely remade HUB area with functional interactable menu’s including a VR Mission selection screen and UI Widgets for patch notes and the latest news updates for the game. (Coming soon leaderboards and twitch support) 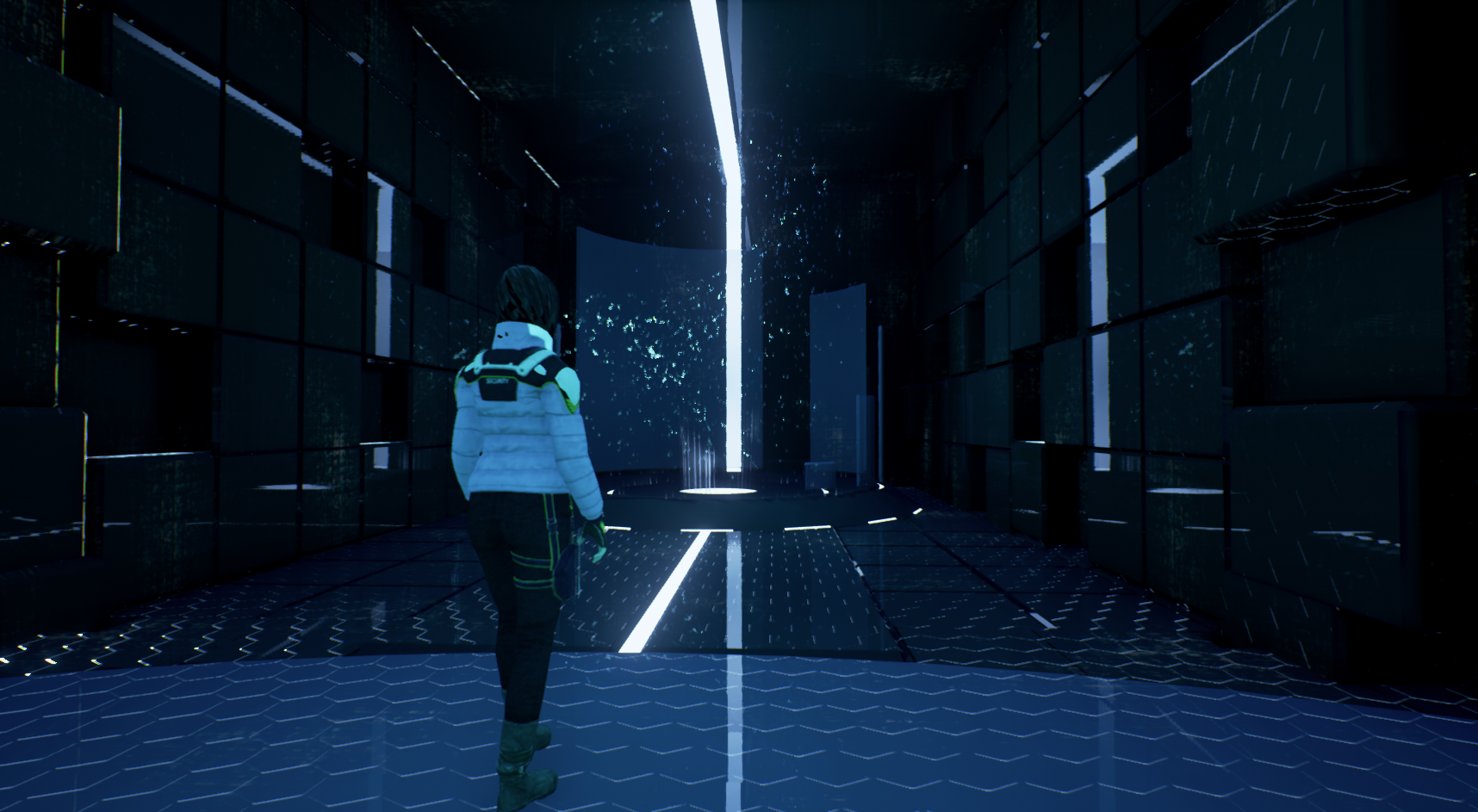 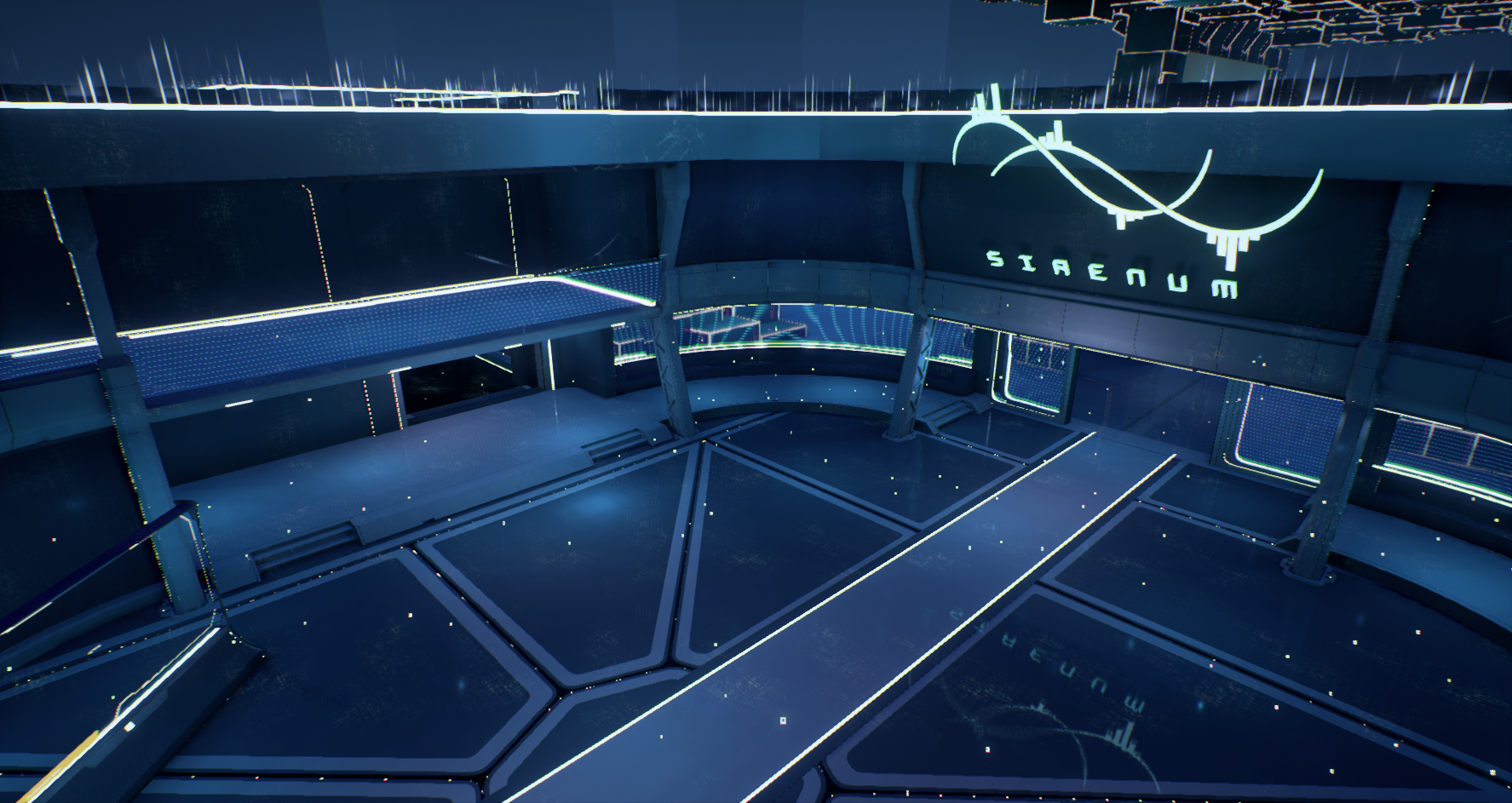 We also added in a new material effect to interactable objects recently to provide clear feedback to the player on what they can interact with within the vicinity which is demonstrated below. 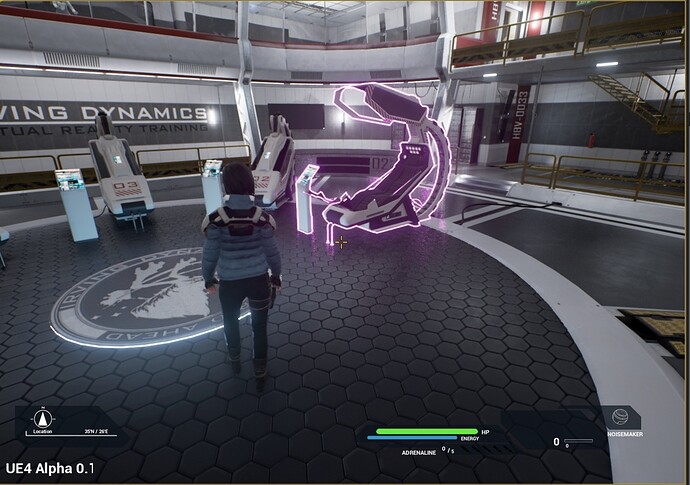 Within each VR mission we introduce a new spin on mechanics or different scalability within the levels in example with the screenshot above we have two different types of force fields within the game that function as follows:

Red colored : sole purpose is to stop the player from advancing in the area and can be toggled off by locating a VR console in the map (Used for blocking the exit of a level)

Orange colored : Sole purpose is when touched removes the player’s current weaponry completely rendering them defenceless for the remainder of the mission

We are currently playing with more systems to allow for force fields that change the map structure and several other concepts.

Core to the game we typically have one map to introduce a gameplay element and one map to twist its actions or provide a new avenue of approach to each problem using our current objective system.

We are very excited to share more soon with gameplay getting more refined and more intricate systems being added following shortly also will be our main game Dark Storm Ascension!

You can find more information on Fenrir Studios and our game thru the following links:

We are looking forward to hearing from the community and we will be sure to keep posting!