I am trying to prototype some mechanics for a level and I am having some troubles to set up a platform( right now just a square tile) which would inflict damage. This platform wether the player character would be stepping on it or not, would be always activated, giving damage in cycle during 2 seconds (random time reference) and then would be deactivated during again same amount of time and so on and so on. For the player feedback, a particle effect would do the trick, being triggered while the giving damage is activated. The platform(s) ideally would start the(ir) cycle when the player cross a trigger volume (call in level blueprint).

I am building everything on top of the recreation of the third person template from scratch.

The platform itself it a basic static mesh, ground 400 by 400 with 2 collision box. One blocking everything for the player to step on it and the other one to give damage each 2 sec. Ig the player walk during this 2 second he would get damage. If not, he is safe.

So far, I tried to make the platform give damage and it worked. I created a function inside the blueprint that gives damage to the character. However, I had some trouble to set up the timing damage system meaning: IsPlayerOverlapping when platform giving damage is inflicting some? I dont know if a platform can give damage without anything overlapping or interacting with it?

I was also trying to set a “IsPlayerInside” bool as false in the construction script of the blueprint to later check with a branch for the player to receive damage if overlapping when platform is giving. if not player is safe. Not really sure how to do that though.

I heard about the “pain causing volume” that could work but I dont know how to include them inside a Blueprint?

Any help to get me started would be appreciated, right now I feel like starting over as I am kinda lost in the process. If someone has any example to guide me or a step by step process to show, I would be grateful. I have little experience with unreal4 and trying to get more. (Also, I am not a programmer).

My help request was not very successful but I ll show what I have got so far. I had to stop working for a while but just got back on it. So my issue are:

Any help is welcome! 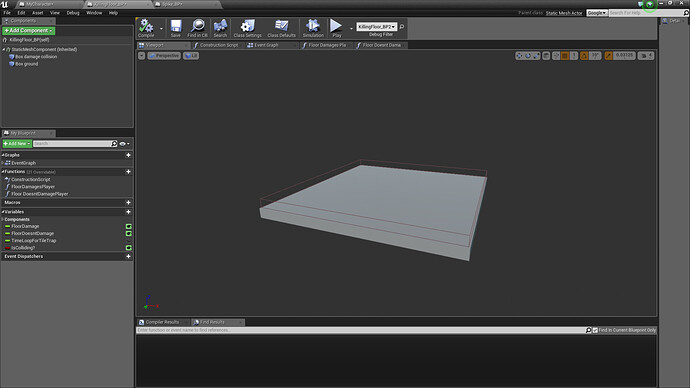 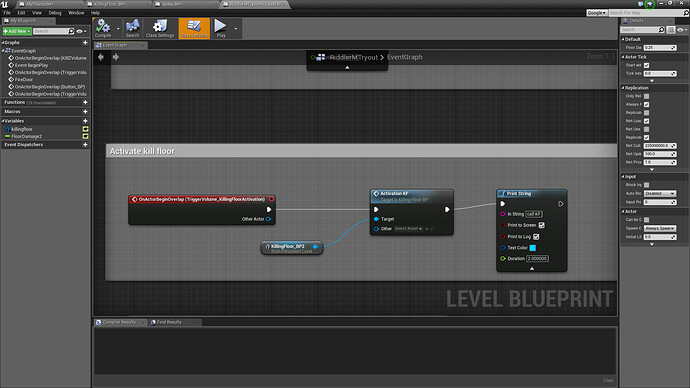 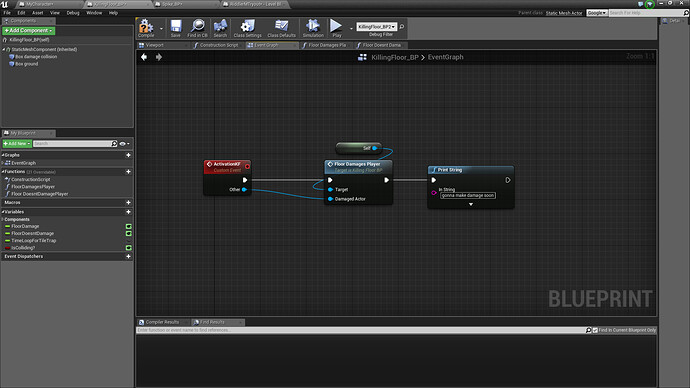 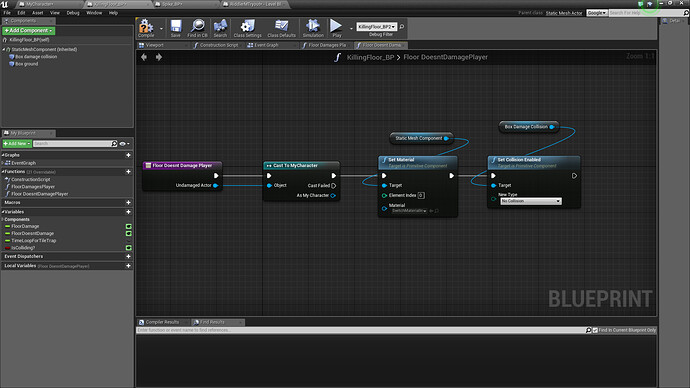