Hello, I have a data table of enemies. There’s an FDataTableRowHandle named ‘Parent’ that should automatically be using the same DataTable, so the user can select another enemy from the table using the RowName dropdown (without having to manually insert the data table every time)

Note: If there’s some way to default the DataTable from within the struct, that’ll be good enough!

I made a customization that lists everything normally, but has a manual display when it encounters the ‘Parent’ variable.
The problem is I can’t figure out how to set the DataTable from this location (so it’s always set by default). 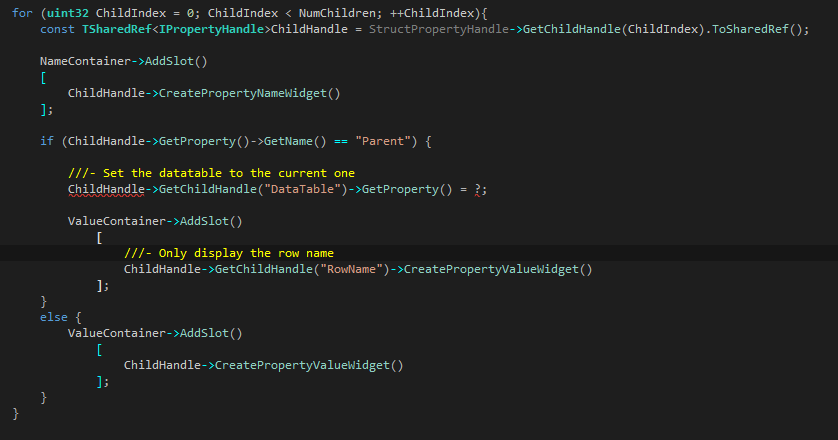 Also, for some reason the ‘Row Name’ property appears as an FName instead of a combo box.

Any help on this would be great, thanks!

Note: I have the exact same problem as this guy
https://answers.unrealengine.com/que…-expose-a.html
I’m just stuck on the accepted answer on how he loaded it into his customization layout class.