Custom Launcher for your game

The base program is made by C#, the launcher manifest i’m using as been made by @Jargon.

Actually the base of the program is working, you can download the entire game, update it when the server change his Manifest file, remove all the file from the game.
The manifest generator is not provide, i’m sure you can find or make one yourself. 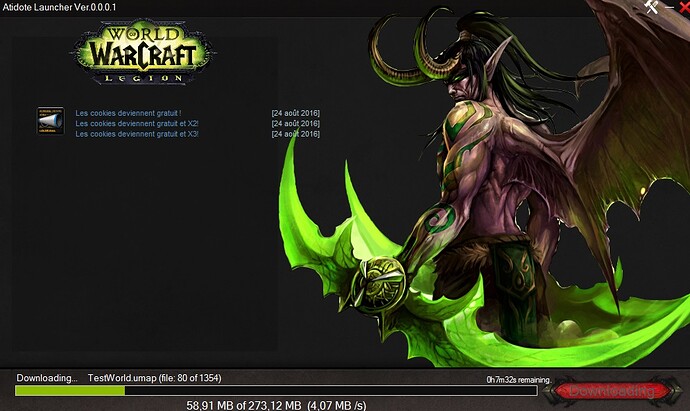 The launcher is looking on the webserver if there is new or if the local file has been change or removed, then it download the changed / new files.

This is the different file you must have in your webserver / ftp or whatever:

LauncherManifest.dat: it contain all related folder/file:md5hash:size of the file in your game.
version.xml: it is use for the self update of the launcher
Launcher.exe: the new exe file for self update.
news.html: the page show on the launcher.
launcher.css: the template.

At the moment the launcher is provide with the World of warcraft image, you can change them as your need.

I’ll post update when i could because i’m working too and i can’t work on the Launcher all the time. 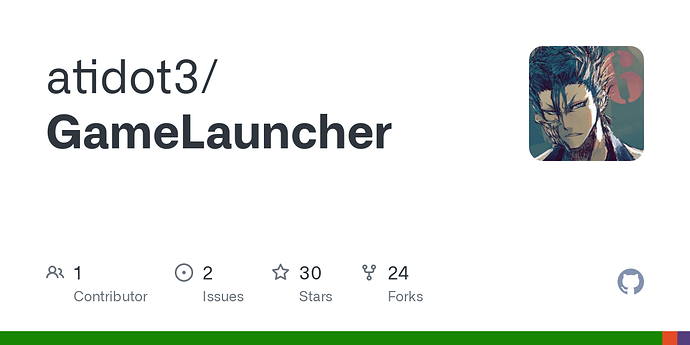 Contribute to atidot3/GameLauncher development by creating an account on GitHub.

This is not perfect, there is still some issus.
This is my first project in C# so don’t blame me

I package my game very often to test the behavior in standalone vs PIE. Because it is multiplayer I often have to package it > 7Zip compress it > Upload to GoogleDrive > Friend unzips and then opens .exe

I imagine others do this as well and when a project gets bigger this becomes a longer task. This tool will surely help a lot with that! Is there much set up the end user has to do to get this working?

Is this to be a free tool?

That looks nice, but how long i have to dig into, to understand/use it?
No C++ knowledge here.
Kind regards Bauch

That looks nice, but how long i have to dig into, to understand/use it?
No C++ knowledge here.
Kind regards Bauch

Any c++ requierement, you simply have to set your ip in the config.ini like this:

At the moment i need to improve it because i still got crash, and i have to make the code more “beautiful” because i made it quickly for my need.

Is this to be a free tool?

i hope it will be free, i already worked on exact c++ project like this in Infestation: Survivor Stories game but i still learning to migrate my files to UE4

But maybe i’ll make it free and put a button for donation or i really don’t know yet, i made some update, the launcher doesn’t crash anymore on the remove -> repair -> remove -> intall.

well, even my brother got banned when they kicked the team of company :3
anyway i hope you do so.

all related materials, logos, and images are copyright © Blizzard Entertainment. <— just in case

any progress yet after the last pic ?

when will u realse it ?

I am also very interested in this, any new info?

Back ! sorry got some health trouble and work trouble…

Completly rewritten, change QT to c#, more flexibility.
The background is a webbrowser with a html / css style to let you able to do anything you want.
Only top and bottom are c# UI.

The css / html news system is bad because i don’t know html / css but with some knowledge you can fit it perfectly.

LauncherManifest.dat: it contain all related folder/file:md5hash:size of the file in your game.
version.xml: it is use for the self update of the launcher
Launcher.exe: the new exe file for self udpate.

that’s all if you don’t need any web design.

if you need one you’ll also need those file:

all related materials, logos, and images are copyright © Blizzard Entertainment it is only for testing.

Is it possible to intergrate a login forms in here?

I forked the project and added a async/resumable download feature 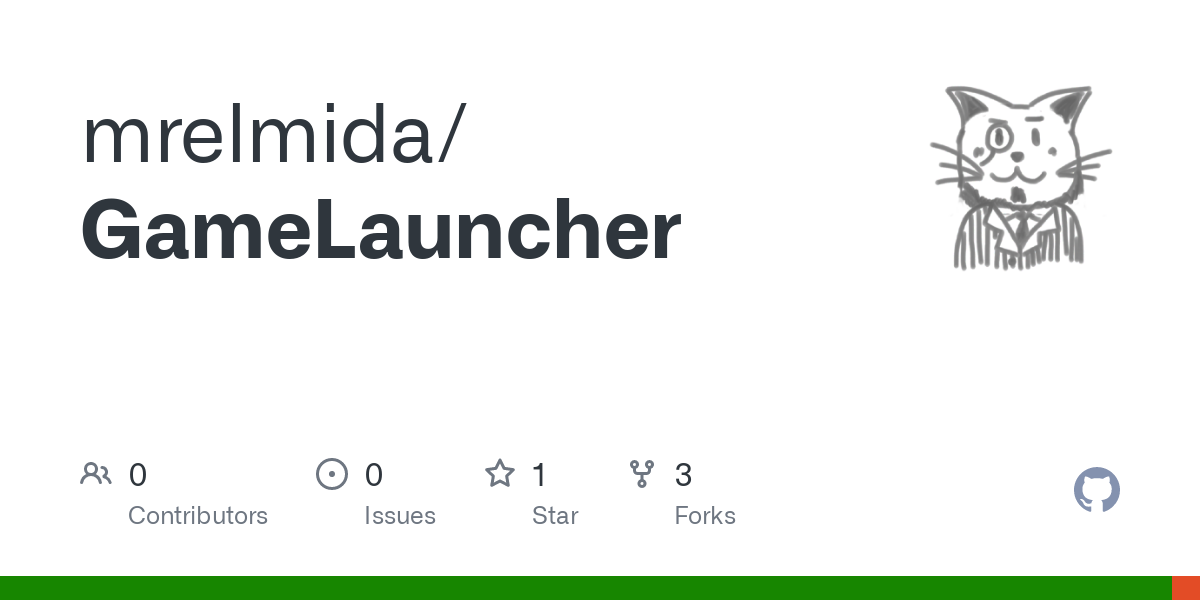 Contribute to mrelmida/GameLauncher development by creating an account on GitHub.

I’m a noob in c++ and got stuck, i customized the server adress to mine and…yes that’s it. I don’t have a clue how to set that up, how to use the Manifest Tool and so on… Is there somebody how can help me ? I’ve an test Project,made with UE4.21 and an patch version, so i like to upload the .pak file to my server to use it with that launcher…