Hi all! For the last two years I’ve been working on a passion project and now I am proud to announce Crown Of Alia: a 3d Roleplaying Cartoon for PC! 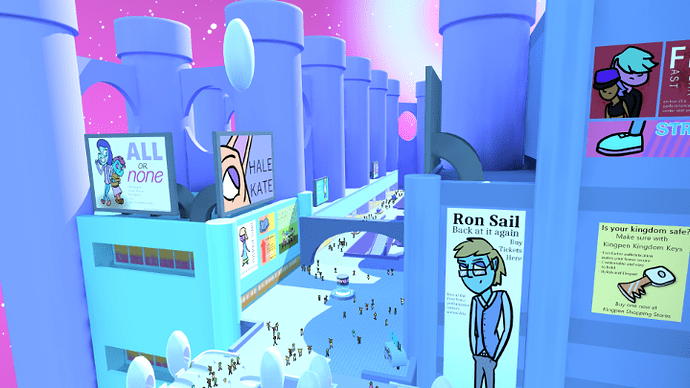 Crown of Alia takes influence from modern story-telling games like those from Telltale, combines it with the colour and excitement of current children’s cartoons, like Steven Universe or Adventure Time, and adds the immersion of an RPG, inspired by early 3D Legend of Zelda titles, to make a 3D roleplaying cartoon where you take part in a quest to become the ruler of your world!

Crown of Alia will be released in five separate episodes, but before then will be four individual pilot chapters where you can try the game and give feedback for free!

Currently a Kickstarter is being held to fund the game for the last push to get Crown of Alia rolling, starting with the first pilot chapter being released in October. It can only happen with your support!

For more information, check out the Kickstarter Page or email me at lolondev@mail.com

Thanks for reading and supporting Crown Of Alia,