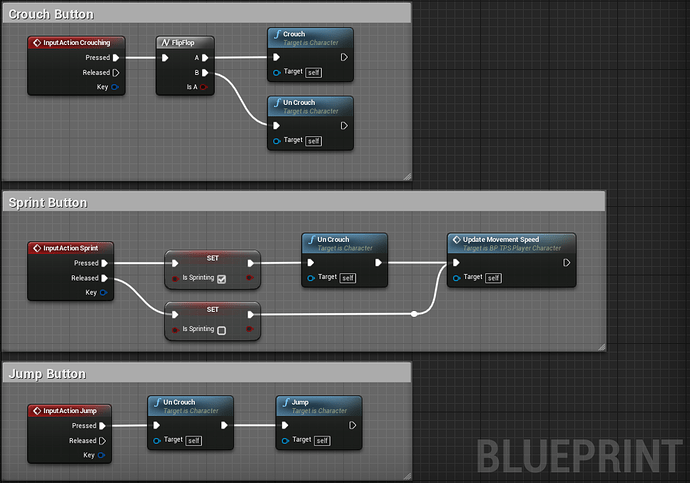 I think it could be because of the Flipflop. Which way it goes, crouch ir uncrouch, relies on the crouch button being pressed, but nothing tells it whether you are already crouched, only whether it’s flip or flop.

But you have other actions uncrouching while it’s still waiting for a flipto uncrouch. so you have to press crouch button twice after another action uncrouches because the first time uncrouches when youre already uncrouched (flip) and the second one is the flop that crouches.

To fix this you need to replace the flipflop with a branch on Iscrouched.

This isn’t working, but may i screwed up something. Any other way to the problem?

are you using the right is crouched? theres one built into the engine that you want to be using since it will communicate with the built in crouch uncrouch nodes. 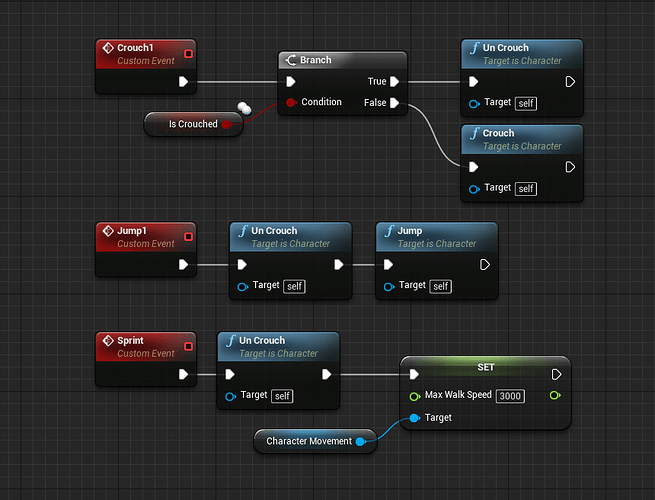