I am the developer of Creature. Today I am pleased to announce the Windows version of the Creature Automated 2D Skeletal + Mesh Animation Tool.

Please have a look at the trailer here: Here are some Creature authored dinosaur characters exported out to UE4: **Creature Unreal Engine Runtimes & Plugins **
A couple minutes ago I built out the first set of UE4 plugins for Creature. You can grab it here from Github: I have also updated the documentation to include using the Creature prebuilt plugins ( as well as other UE4 integration notes ):

Check out this live WebGL demo of a character authored in Creature and exported onto the web: 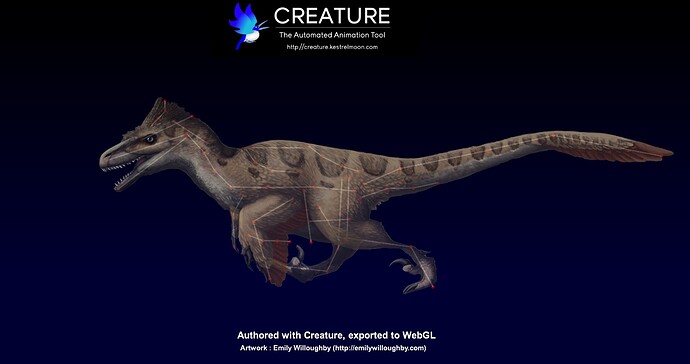 Animating Walk Cycles and complex secondary motion is easy with Creature’s Procedural Motor system. Making a walking character is as simple
as dropping in a set of Walking Motors into the limbs and tweaking the motor parameters:

Want to make a flying bird with a dynamic tail? Drop in some flap motors and bend physics into the skeleton and watch it go:

In addition to bone and mesh animation, Creature also allows you to swap in traditional custom drawn
sprite frames in an advanced way.

Swapped in sprite frames actually deform and react with the rest of the procedural system, allowing you to
produce some rather sophisticated effects:

Animation Mesh Resolution Reduction
Author animations in high resolution and export them out to lower resolutions while still preserving quality. This allows you to target
various devices/hardware of different performance specifications: Creature brings high end VFX features into the world of 2D animation.
With Creature you can do Soft Body Dynamics for squishy characters,
Path Authoring + Transfer and even Motion Capture from a video file.

Creature supports most of the major game engines. (Unreal Engine as well as many others).
It also supports export to individual image frames, spritesheets, animated GIF and Autodesk FBX (for bone motors)

A good tool requires well written documentation. All functions and features of the Creature animation tool
are documented here:

In addition to writeups, video tutorials of most major topics are also provided:

Thank you for reading this post and let me know if you have any questions!
Cheers! 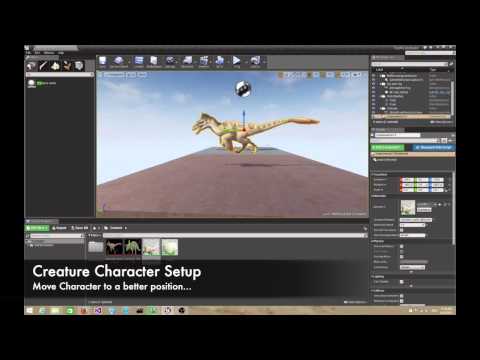 I have added more functionality in the past few days:

Creature also exports to FBX for Bone Motors so animations that just use Bone Motors can
use the FBX pipeline route just fine.

Hi kestrelm, I wonder if there’s sample of exported .json file for testing the UE4 runtime integration. Thanks!

Hello Nate,
Yes there is. Can you please email me: creature@kestrelmoon.com
I will get back to you with the sample JSON and assets for your test.

You can now download a sample exported out Creature Animation Asset for UE4 here:
http://creature.kestrelmoon.com/more_info_3.html

@kestrelm, thanks for the exported sample. It works fine on windows build. Great job!

I found the process of installing Creature runtime in new project is a little tedious, so I convert the runtime+lib into one UE4 plugin, so you can just drop one CreaturePlugin folder into new project and it’s ready to go. (I could push the changes into github if anyone interested)

I also tried to build the runtime for android and iOS. On android, anything build and deploy just fine, but black screen when run. On iOS, I managed to compile the plugin but failed at linking stage. Any insight?

Thanks for your work on Creature! I’ve actually already converted it into a plugin and have made quite a few feature additions/bug fixes in the past few days since quite a few of my users have been stress testing it.

Almost all the useful/relevant functionality is now Blueprints enabled so it should be very useful for anybody to drop into their projects at this point.

You can grab them here: 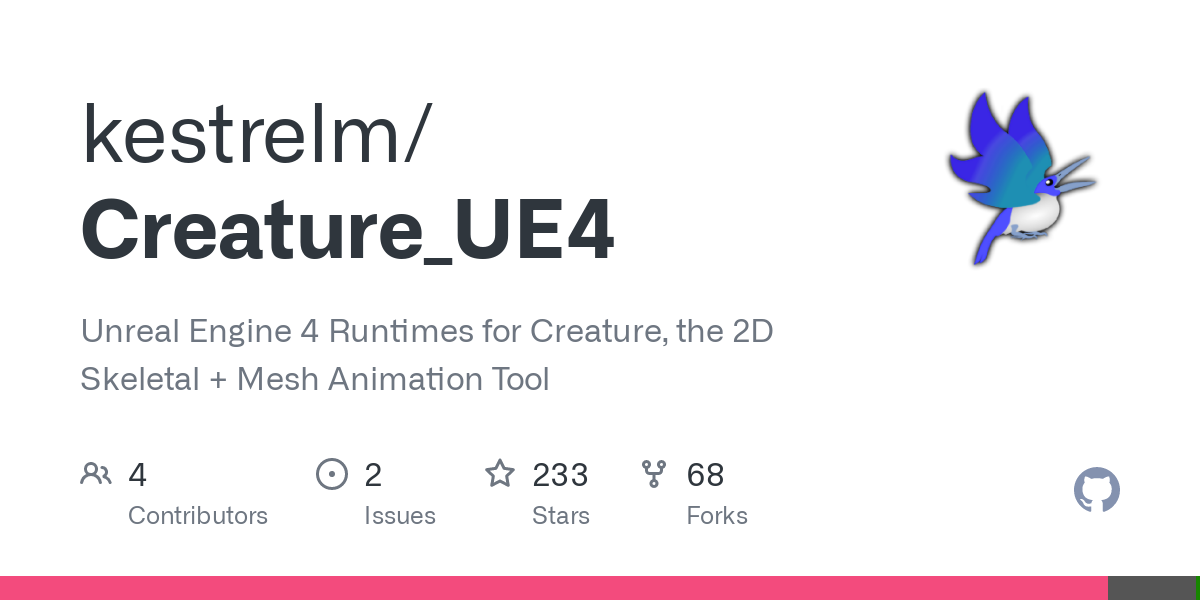 Can you let me know what linking errors you were encountering? Also is there any sort of trace for the android part?

It seems the iOS linking error has something to do with my old Xcode version. (In Xcode 5.x, it’s not linking to proper c++ standard library by default like in Xcode 6.x)

In android, I can’t see any error message related to Creature runtime in Logcat. By adding some good old print message, I can pinpoint the problem is inside " Creature::LoadFromData(CreatureLoadDataPacket& load_data)" method, in this line:

Thanks for the call stack. It seems to me from the call stack that the JSON file for whatever reason when deployed on your device wasn’t found or copied over. That could be a possible cause.

After refining and updating the plugin with my various UE4 users, I have recorded 2 additional tutorial videos for using Creature Animation in UE4.
The plugin itself has also already been compiled into a binary that you can just drop into your project. You can grab the precompiled binaries directly from the github page and skip compilation. 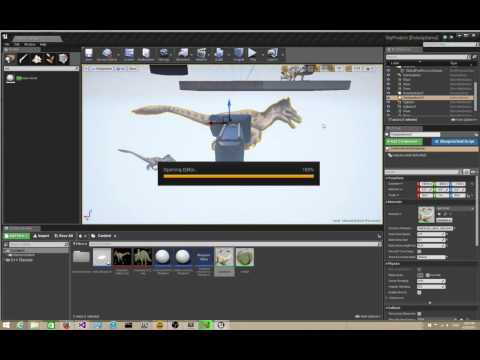 Compiling the C++ Plugin for your project: 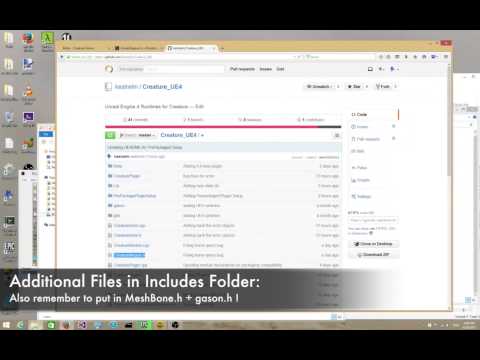 I will continue to update and enhance the documentation + write helper tools to make integration easy for users.

I just added the ability to animate 3D front facing head turning/tilting/rotations with Creature Pro from 2D assets.
This new feature with its tutorial is demonstrated here: 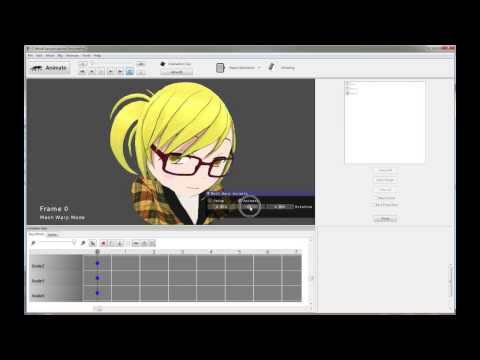 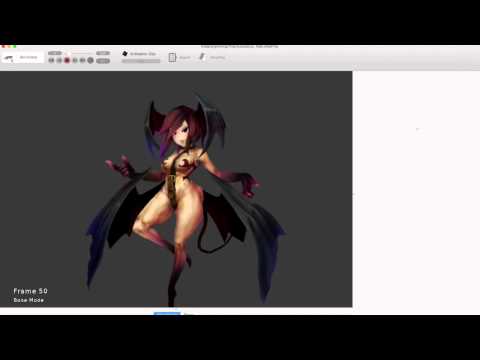 Done using a combination of bone and soft body dynamics motors in Creature.

Great plugin! But how do you made this with building the project? I’ve a fully blueprint project. When i build, and start the game, it crashes because (I think) the plugin is missed. I copied the Plugins folder and the ThirdParty folder into my project. What I’ve to do more? In your video, I’ve seen, that you put some lines in the code. I don’t have this Source folder in my project.

Sorry for the doublepost.

The questions above are resolved. But I’ve got another problems.

Has anyone compiled successfully for android ir ios? I’ve tried this, but there are so much errors. A precompiled library for mobile would be nice

I have built out a prebuilt static lib for ios, but for ios you are going to have to make a hybrid project C++ with Blueprints.
The C++ portion is just used to build Creature’s libraries and you still use Blueprints as usual.
Essentially what you do is to include the Creature C++ files in your XCode project and make sure you statically link to the prebuilt static lib
provided on github.

I have the full docs out on the runtimes documentation page.

I also have an in depth tutorial on how I made a fire breathing dragon character, from authoring to UE4 here: 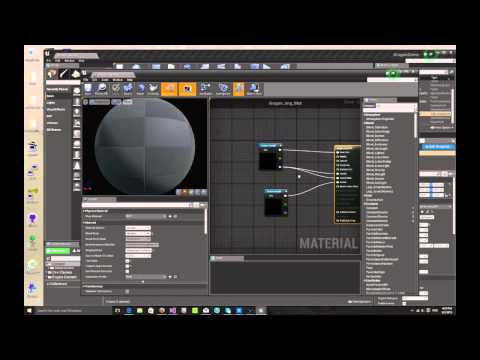 The short teaser video is here if you want to know what the tutorial is about: 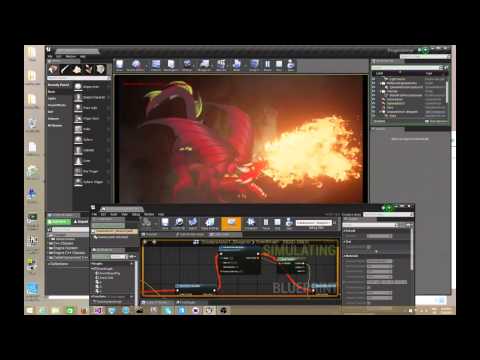 Thanks! I will post in this section next time. 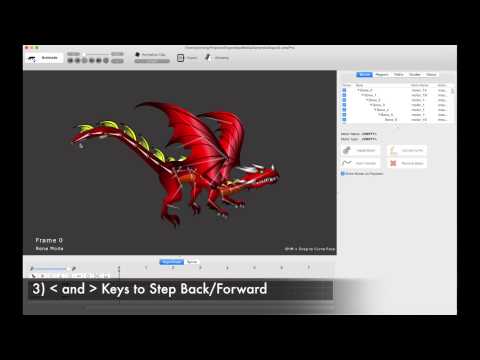