Creating static poses for use in comics - better to pose in Blender, then import?

Hi! I’m doing something a little unconventional in that I’m using 3d characters created in Zbrush and Blender and the assets I can grab in Unreal to make a comic! Static of course, not an animated one. I’ve created a rig that is detailed at an animation level, full face rig, etc, and when I imported the .fbx into Unreal I can get pieces of it to move, however the bones are all just listed on the skeleton tree and since there’s like 70 it makes it nearly impossible to pose the character because I can’t actually see the bones themselves, I can just select them off of the tree and then move each one in the animation editor - is there a way to make the skeleton itself visible so that I can select the bones and move them, or would it be better if I just created each pose in Blender and then import it into the scene as an individual .fbx?

Hi!
You can toggle bones visibility: on top of the viewport >> Character >> Bones.
For your project wich is a neat idea, I would defnetly consider AllrightRig Plugin, which allow you to directly rig your character in UE4, and has a dozen of utility like baking anim (or pose) from animation sequence to sequencer, import animation sequence in the sequencer so you can work there with controls and curv editor, ect. 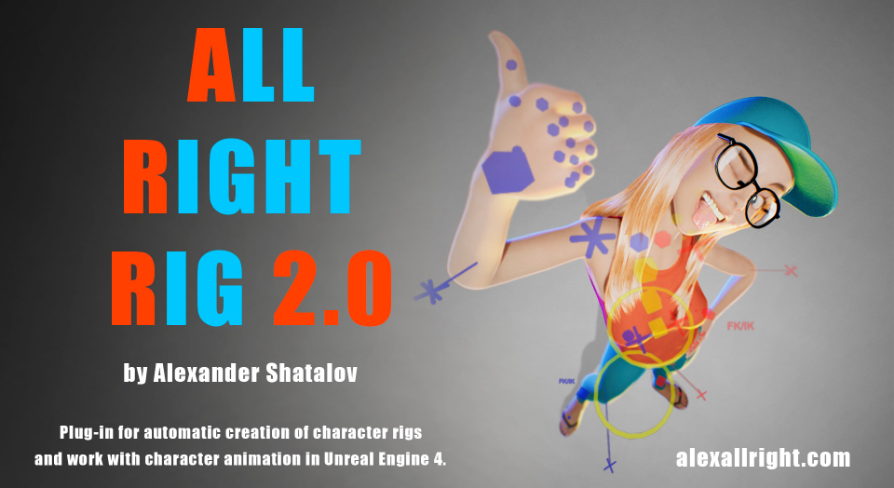 Allright Rig is a plugin for automatic creation of character rigs and working with character animation in Unreal Engine 4.

Thanks so much for the tip! I’ve seen stuff for the Allright rig, but I’ve already invested a ton of time getting a character all rigged up using Rigify in blender. That’ll really help though, because one problem I’d definitely have with importing individual .fbx files for each pose is trying to pose him correctly if he’s on uneven ground. I’ll see if I can find those buttons you mentioned!