Creating multi chests on one level

I’m trying to make some chests with items inside. Everything is done, but there is one problem. I have one blueprint for all chests, I’m just placing it on map. When I open one chest, collision box is deleting for all chests. How to delete it for only one? 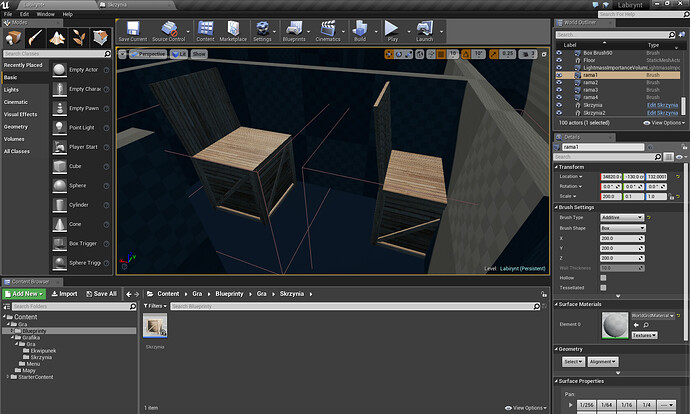 Is the collision box part of the chest blueprint, or how are you doing this? Can you give a bit more information, show the blueprint?

It looks the collision boxes are separate, but you could have them as components in the chest blueprint.

Can you post a screenshot of the chest blueprint

A blueprint is just that – something that the engine uses to actually build an instance.
Each of the Actors (which get built from the blueprint) is separate, has their own collision, their own events, etc.
If you say that “collision disappears from all instances” then that’s something your blueprint is doing itself.
For example, perhaps you’re using “find all instances of class” rather than “self” when determining which instance is being opened?
Or do you open chests from some other blueprint (like the level blueprint or character blueprint?) If so, move the chest-opening into the chest itself, and have it only act on “self.”

This function is part of chest blueprint, it deletes collision box. I’m calling it in player character blueprint after pressing button. 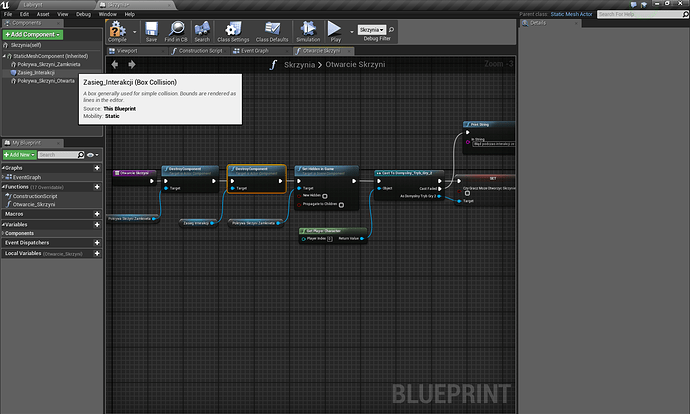 Now I see an error with mesh “Pokrywa_Skrzyni_Zamknieta”, I’ll fix it