I have followed a tutorial on how to create a Welcome GUI from youtube. Link here 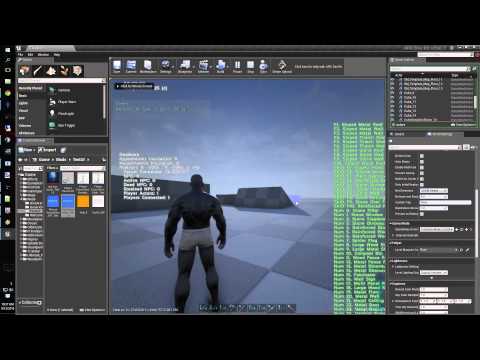 It was a great starter tutorial that got me interested enough in picking up the Unreal Engine for Ark and playing around with it.

I have a problem with the tutorial though. When another mod is stacked over this mod cough cough Annanuki Genesis cough it overwrites the information I believe on the player female and male pawns, so that the keybinding to =, which is in the tutorial no longer works. What I would like to do though is instead of binding it to a playerpawn is make it a chat event that is linked.

When a player types a magic word, the event will instead fire that way. Could someone explain more how to do this?

you would have a better chance of using buffs to do it somehow or maybe the player controller if annunaki doesnt over write that. im having other issues with it where my mods that deal with player inventory are broken but mods that over write the player pawns so i would think a server item that detects new players and gives them a buff that handles ui activation would be the best way.

Would be nice to have a more elegant way to do that. The replacing player pawn idea is horrid and so very dirty. For one server that you own and can control the mod list, it’s kinda reasonable, but there’s potential for a customizable and universal mod that could give custom server info(maybe even be baked into the game later).

Let us know if you find a clean solution!