Hello i am trying to create a shooting range and using the first person shooter template and i would like to create a blueprint that will lower the player’s health when they miss a target. here is what i have tried so far. the problem is that the event doesn’t really trigger like i thought it would. 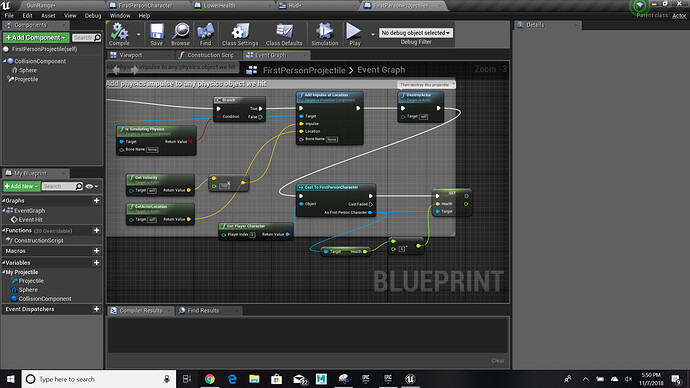 Which event is supposed to trigger and execute the code youve shown? A hit event or an overlap?

Put the “destroy” actor node at the very end. So after you remove player health. It won’t work how you have it because you destroy the “actor” which includes the entire event graph before it hits the “cast to player” node. So that won’t ever get executed. Nothing will execute after a “destroy actor” node when the target is “self”.