Create a sparkler with Particle Effects

I’m trying to create Sparkler effects in my game. Like this one: 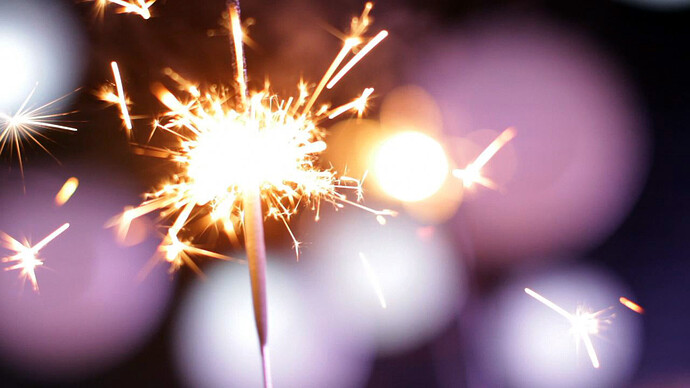 How can I make it using Particle Systems?

But they don’t do anything similar that I want to do.

This one should get you going, it is in that section.

This one should get you going, it is in that section.

Many thanks but I’ve watched this video three times to understand what the programmer is doing and I don’t know how can I use it to create a Sparkler.

You could do this with a couple emitters…

What I would do is make a texture using one of these photos of an actual sparkler from Textures.com, It would spawn a sprite with one of those textures that always faces the camera and it spawn with a pretty short lifespan and they would spawn with random rotations (to make it chaotic). Then I would use a secondary emitter to make sparks that would fall with gravity to better produce the effect, they would also die when they collide.