Create a Blueprint class using a C++ class as parent class: why is this useful?

I’ve been reading a lot of tutorials from Unreal and courses from Udemy and, in most of them, they create a BP class using a C++ as its parent and I don’t understand why. They do it as these are the steps we have to do every time when we want to use a C++ class in Unreal Editor. But I don’t do that and I can work fine with the C++ classes in the Editor.

Why creating a BP class using a C++ class is useful? Or, why they do it with every C++ class?

All my base class are blueprints and everything is correct.
Base class c ++, interfaces, event drive, tick is a satan, and use lot or functions if you don’t put that in your tutorial no one takes you seriously.
But you don’t need any of that actually, a good spagetti blueprints is enough for most of your first games and prototypes.

tick is a satan

Not buying your Game-Dev How-To book (bible) any time!!!

More seriously do you use a Translator maybe even just sometimes: Italian dev?
To the OP: It offers flexibility as its hard to make a BP project into C++ later afaik.
Example: You want to iterate in BP for faster prototyping / hook into BP widgets.

So its a hybrid working model which is quite popular. But its all user preference…

You don’t necessarily have to add code to blueprints.
You can use them like Unity prefabs, to prototype classes within the editor, where they only store default values.

C++ is more efficient than Blueprint, and I think if I create a Blueprint class using a C++ as its parent it is slower than if I use the C++ directly, is that correct?

No, blueprints will not convert everything to blueprint functions.

The only blueprint functions that are slower are the function graphs that you create with nodes.

You can create blueprint events that call blueprint functions that are nothing more than simple wrappers to the C++ code, function libraries built from C++ are very useful because of that. It’s very different from functions built 100% with graphs and nodes.

OK. So, why they do create a BP class with every C++ class?

Does it look more professional?

People do it because they usually want to build easily configurable classes.

If you don’t like it, you can create a

And do everything from native code, but the more your project grows the less productive you will become and the more problems with construction helpers you will face.

I think I have to continue learning (because I don’t understand that about construction helpers). But I’ve just started.

Here’s some info about how the Blueprint Virtual Machine works… 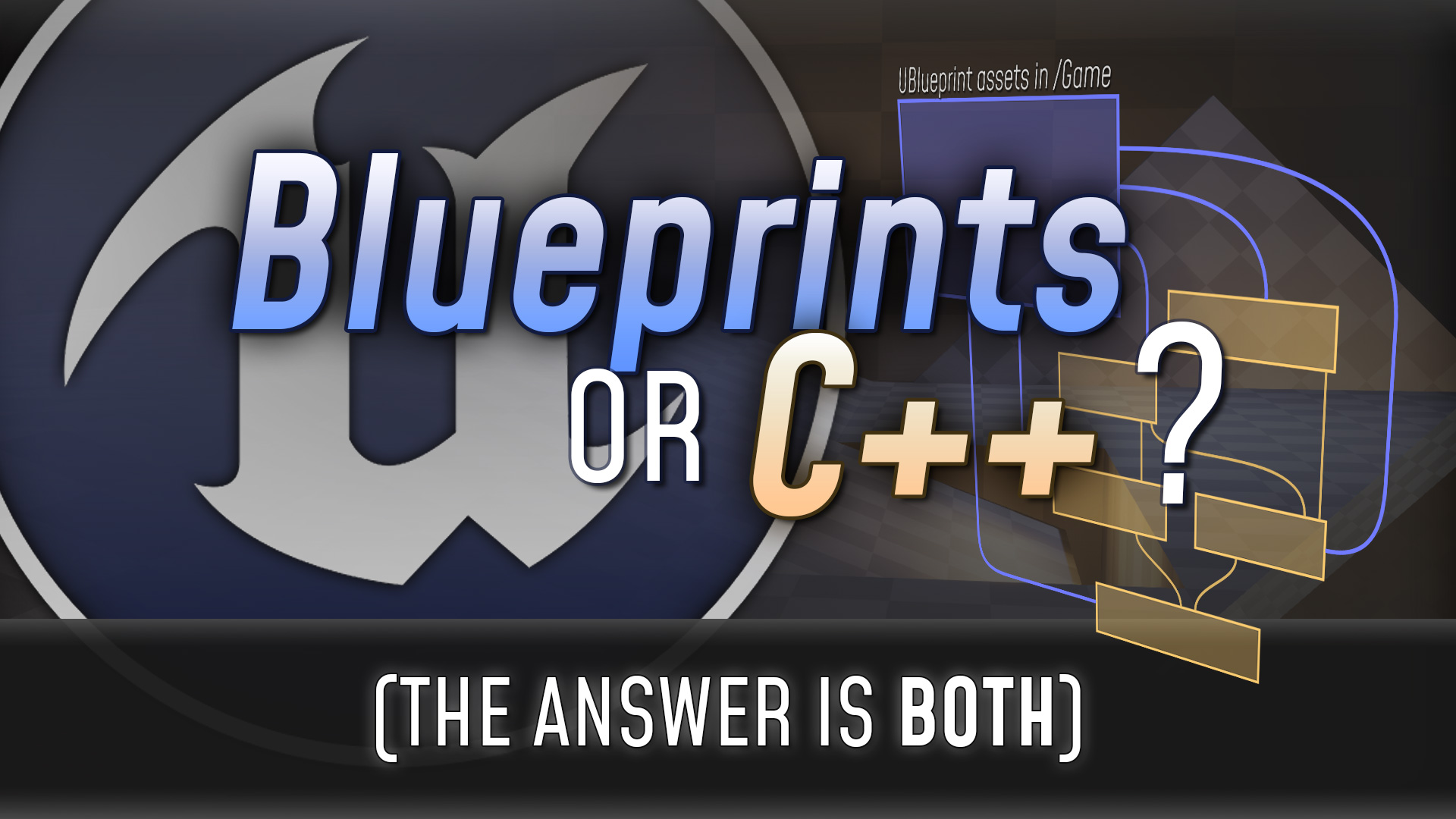 It's not an either/or decision. Learn what makes C++ and Blueprints different, what they have in common, and how to use them together effectively.

between P_NATIVE_BEGIN and P_NATIVE_END is where usually a UFUNCTION makes the call to native C++ code.

If you do the bulk of your work within the native function, you can have blueprints just fine, they won’t affect much your runtime performance.

The macros within DEFINE_FUNCTION are the things to generate the nodes that you see on blueprint graphs.

Thanks! The article that you have shared is great! And its video too!

I have understood why they use BP classes that inherits from C++ classes, but I don’t think I need to create a BP class from each of my C++ class.

But if I am only creating a Blueprint class that inherits from a C++ class because I do it mechanically, and I can use the C++ class in the level directly (without Blueprint), I won’t do it.

Not buying your Game-Dev How-To book (bible) any time!!!

More seriously do you use a Translator

i do a mix. I’m too lazy to put everything in English. I am from Spain

At times you are forced to use parenting.

Take for instance characters and animations.

The animation class access in c++ is only really achievable by way of reparenting.
Because you have to keep an editor blueprint and add editor side stuff to it like state machines.

I’m suremaybe the same stuff can likely be entierly defined in c++, but good luck debugging state machines without a visual aid?

Another good reason to create c++ classes is to be able to do things natively. Like calling FMath::Dot instead of UKismetMathLibrary::Dot

The minimal benefit there is that its not one function calling another function and creating a stack of 2 functions before you get a result.
Ergo calling Fmath::Dot is supposedly faster.
The reality is it probably won’t matter at all and we all use the UKismet libraries anyway don’t we?

MostHost_LA, sorry, but I haven’t understood anything you have said.

I can only speak specifically to my/my teams experience. We attempt to use C++ as base classes with extended BP classes for a few major reasons:

All that being said, I’d summarize that it’s simply a matter of picking the tech that works best for you and your team.

As to why it’s always shown in things like training videos from a variety of sources, I can only speculate. If I had to, I’d guess it’s so they are able to say that they at least teach you the basics of working with the hybrid technology approach. At least you learn a tool that enables you to make an informed decision later in your development if you encounter any troubles that a hybrid tech approach would solve.