Creat project using engine built from source and then how to open editor?

following the tutorials, I build the engine from source code of release branch, I create a project named ThirdPersonMP, but I can’t go to the editor like the way epic laucher would do.There are no relevant guided steps provided.The tutorials I am following only covered the steps to build engine from source and the steps to create thirdpersonmp project respectively, the workflow in-between here are missing.
I am working on win10, visual studio 2019.

If I understand you correctly, you should be able to use the ThirdPerson Visual Studio solution to start the editor if double-clicking on the .uproject does not open the correct editor. I have launched the editor from Visual Studio many times.

thanks for your reply.I can open editor now, maybe by using the UE4 context menu ‘start new instance’.But I find some differences in the editor. I can’t find the dedicated server option in ‘Play’ button dropdown.By the way, what’s the ‘standard’ or professional way to use this souce code built version of engine in development.Is it my responsibility to merge future changes from epic’s original repo at times since now I am not using official version binary like 4-27? 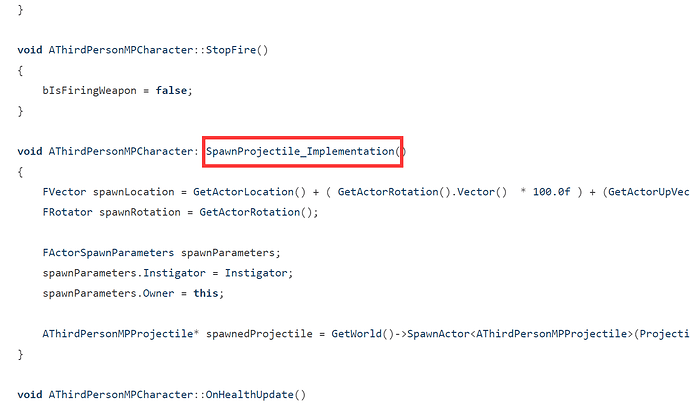 Yes, you are responsible for rebasing your changes on top of the upstream changes. You’re also responsible for making sure that all other team members use a compatible build as well. Other engineers will typically sync and rebuild in the morning (or evening,) but for artists, you may end up setting up a build server that builds executable editors they can copy and run, not having to build themselves.

Also, you can start the editor without needing visual studio; just run the UEEditor.exe executable generated by the main project. (I may be slightly misremembering the name of the executable, but it should be obvious to find by just looking at what the project output file name is!)

can’t find UEEditor.exe, I have checked both UnrealEngine and MyProject folders.

OK, thanks, I will try that because this seems convenient
Right now I am following Setting Up Dedicated Servers | Unreal Engine Documentation to build a dedicated server
but I am stuck at build DevelopmentEditor stage.

How to fix this?
My UnrealEngine and My project are located in two different folder, like D:\codes and D:\Unreal Projects, is that why?

Unfortunately, I do not know the tutorial you are following (EDIT: It appears it may be the same). I have been fine tuning my own documentation. The attached Word document is mostly a copy from this link:

The tutorial was entertaining and fairly straightforward and easy to follow.
MultiPlayeQuickStartGuide.docx (1.7 MB)

I’ve been able to run multiple windows of the build.

Thanks again for being so zealous.The link you post is exactly what I am following.
I don’t think it’s the code that is wrong.The include lines are the same with those in the webpage.
To further analysis, the compiler says can’t include IDamageInterface.h
So I check the project property page ‘Include Directories’, and it was automatically setup.Since other includes are working, I think the setting is correct.
Perhaps, some dll files are missing?
I will compile the engine once again, but right now I am totally lost and helpless.

Which file is referencing IDamageInterface.h? Where is that file coming from? Is the referencing file part of the tutorial project files? If so, the tutorial is intended to be used with a version of the engine different from the version you’re using.

You can go into the source code, and check out an older version; make sure it matches the requirements of the project you’re trying to build. Similarly, make sure to use the right version of visual studio and the windows SDK to match – this should be documented in the instructions in the root directory of the checkout of the particular version you’re building.

Finally, to find files on your hard disk, use “Voidtools Everything.” Windows is not a complete OS without it. Show the search window, look for *Editor*.exe and you will find whatever editors exist on your hard drive (there may be names like Debug or Release involved in the full name.)

The file referencing IDamageInterface.h is ‘ThirdPersonMPProjectile.cpp’ and ‘ThirdPersonMPCharacter.h’.
The version of the engine I built from release branch is 4.27.2, and the version specified on the tutorial webpage is 4.27.
I am using visual studio 2019 which is recommended as I remember(2017 is used in the tutorial but 2019 is recommended). And the windows SDK, I did bump into some errors at my first attemps to build the source.So I both downloaded and installed ndp48 devpack(developer pack) and web(runtime).I also used visual studio installer to update my 2019 and install .net xxx(framework I guess, not quite remember the exact name).
I have found my UEEditor.exe under my unrealengine source directory.And I have Everything installed.Thanks for the reminder.
I have rebuilt my engine from source code again(3 succeeded 0 error 0 warning), but still when I try to build my ThirdPersonMP project, the compiler reports errors about ‘cannot open source file IDamageInterface.h or cannot open include file IDamageInterface.h: No such file or directory’

By the way, When I run ‘GenerateProjectFiles.bat -2019’, there is a warning about the generated will be ignored balabala use editor preferences. but the build process of engine is fine.

Well, I thought it is part of engine that provides projectile Damage funtionality.But when I saw you asked about it in your old post, I guess it’s not, and try to comment it out.But this time I have many other errors

Here is what I have in the Character.h|cpp:

I have fixed this inaccessible or private issue.For anyone have this problem in the future, I add my solution here: use functions instead of accessing private member variables.Just follow the tutorial, but not copy and paste the Code Sample section should be OK.
Many thanks to you guys.