I am Daniel Murray and I have been working on a game prototype for a little while now.
What is Crazy Carz you may be asking your self, well it was inspired by the countless hours I spent playing multiple different racing games.
You are a Mad Genius who customizes and creates there own Craz Car and pits it up against other Mad Geniuses to test there skills in the Crazy Carz Arena you will be able to compete in matches such as Time Trial, and Gem Wars. You will earn gems and xp to unlock and purchase new parts for your car which you will then be able to install on to your Crazy Car.

I also plan on working out a track editing mode where players will be able to create there own tracks for other players to play on!

Here are just a few videos and Images to see.
There is also a link to my dropbox if you would like to download and play Crazy Carz to see how the game plays. I am really looking forward to Epic Games communities feedback, because it is thanks to you I have learned so much and am even able to bring this game to life.

Here is the newest Update to Crazy Carz.
What does this update hold, I have redesigned the arm to have a smoother control with the mouse to control the arm, also there is a trajectory system that displays the projected path of the object you are about to throw based on the strength. You also no have control on how far you will throw the object by how long you hold your arm back, the longer you hold it back the further you will throw the object.

Here is the newest version of Crazy Carz Hope you enjoy 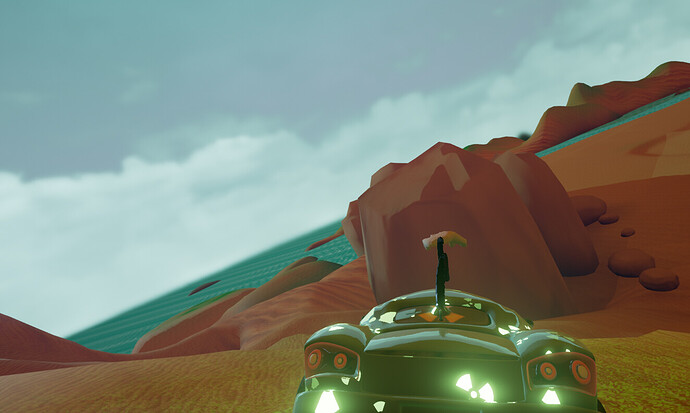 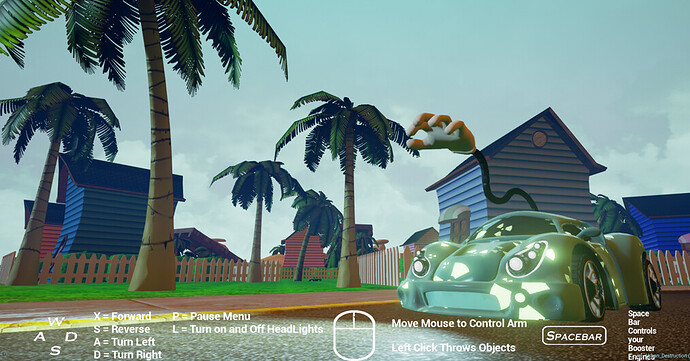 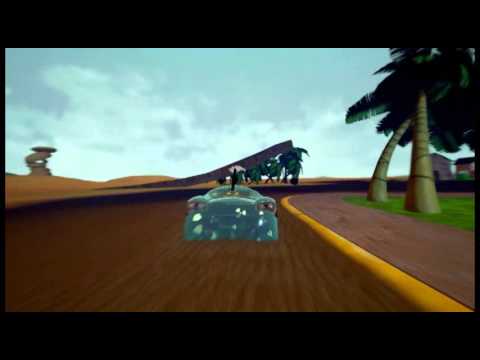 This video will show you how to install and play Crazy Carz: Here is the link to my dropbox to download Crazy Carz:

This is an Update on what I have been Working on for the next Crazy Carz Update. I am wanting to make the controls for the arm more intuitive do this I have been working on a way to eliminate pressing a button to throw, but also give the player control on how far they throw there object with the help of Mhouse1247 video tutorial series on how to create a trajectory system for projectiles I was able to get a good test system working. Since I was using an Impulse instead of a projectile I had to rework some of the system. If you think of anything cool you would like to possibly see in Crazy Carz please post it in a Comment below, or if you have played and have a good image or video you would like to share please post them in the comments below as well

Here is the link to his Videos 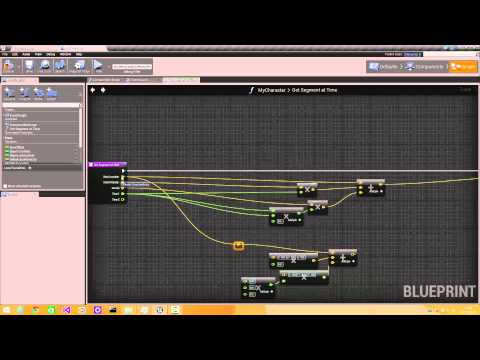 Here is the video of what I have done with the system so far, you will see there are still some fixes needed to be done, yet it is still a great starting point and should help you nail those targets better!!!