Yesterday, our computer crashed, so we had to reinstall Unreal, as well as everything else on the C: drive. Downloaded Epic Games launcher, installed Unreal, tried to open a new project, and got some kind of compiler error at 45% (image attached). After clicking OK, the program continued loading for a few minutes, then crashed the computer. After getting that error a few times, I tried reinstalling the program. Getting the same error again. Can anyone help me figure this out? 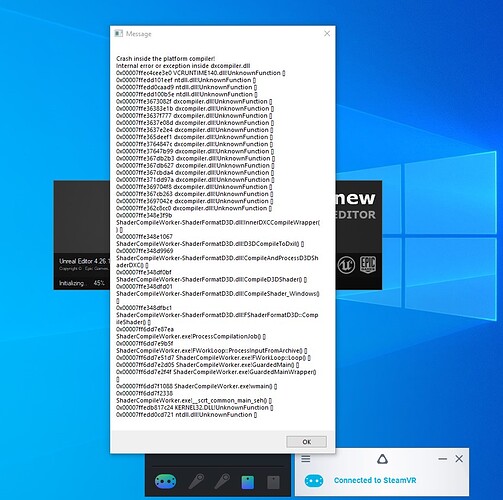 I just had the same error. In 4.26.2 I had just enabled virtual textures and the virtual heightfield plugin and was restarting after prompted by enabling the plugin.

Ending the process and trying to open it again I got further to 59% then got the crash again. Still trying to trouble shoot this.