Could i get some quick help with Emitters please?

How it looks in editor: 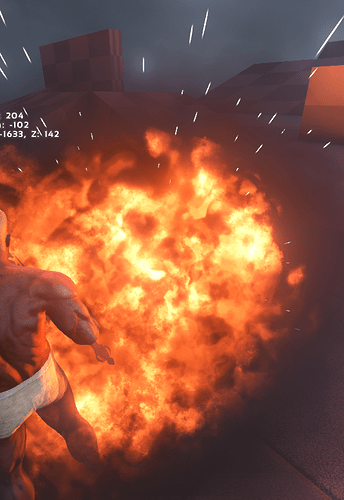 How it looks in game:

From what I can see, your mod did not carry the emitter textures/particles with it. Most likely you have use the particles from the engine, in which case you would just have to find the particles you used, and make sure they are in your mod folder.

thx azrael and i have found out the issue it looks like the materials for those particles are being called from another folder within the engine and i can copy those files into the mod folder no problem but i am not able to change where the emitter calls for these materials or either im just looking over it? any help with that you can give me it would really help alot =)

To make them call from your files, you should just be able to change where it is referenced, worst case scenario is you can “move” the files over, but that almost always causes problems in the long run.

I’m just moderating the forums… but yes, StudioWildcard is doing an AMAZING job with ARK!

I do not, only because I have not messed with particle effects very much… When Sinari gets on though, he should be more helpful as he is very good with particles

nvm figured it out thx alot