I have a feature request of a more cosmetic sort.

Since Blueprint pose the Challenge of organizing to make it readable, we implemented a way to make it for our workflow more readable.

In the next Screenshot you can see a simple example. 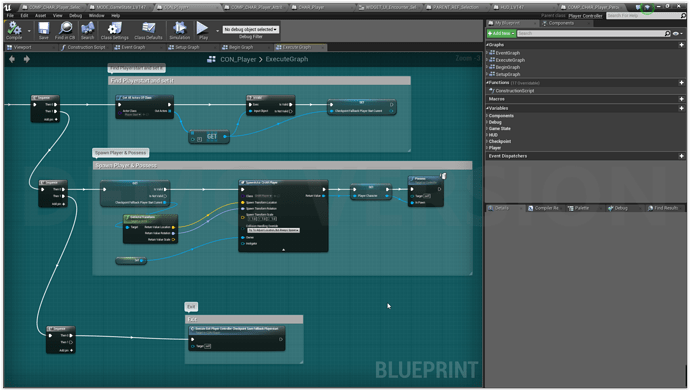 As of my understanding, and in several threads already discussed, is that a Blueprint Sequence is not firing the next Sequence after the prior is done, but fires all of them in order at entry. Now we have far more complex Sequences, which not yet pose any problem, but just for the sake of it, in the next Screenshot I would do this: 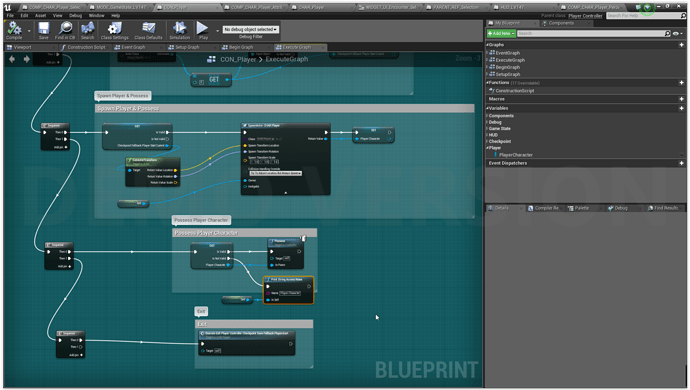 For us it is more readable, explains easy enough a contained sequence of one action, whereas above it would be spawn/promote and at the same time possessing. Now of course it doesn’t really pose any problem yet, especially since this works pretty well, but say the promotion of the variable Player Character starts rather late in the above Sequence, and consequently the next Sequence misses it and the Player Character Variable would be invalid.

My request would be:

Now I am being very sensitive on this issue since to date it works, even some very long Sequences and Operations we implemented with a lots of math, but I just feel, or I am pretty certain our implementation isn’t quite how sequences are seen, begin independent subsets of actions and shouldn’t be not in dependencies of each other, since it could be missed if an operation above would be to slow to promote a variable for instance as explained before.

If am completely wrong, please let me know so I can send my over-careful attitude to bed

A feature request for a blueprint node that will execute the entire node chain before moving to the next execution in the sequence has been entered for consideration (UE-21113).