I have an Actor (gun) to which another Actor (gun clip) is attached. The clip is meant to be animated, with one round disappearing as they are fired. It has seven rounds: 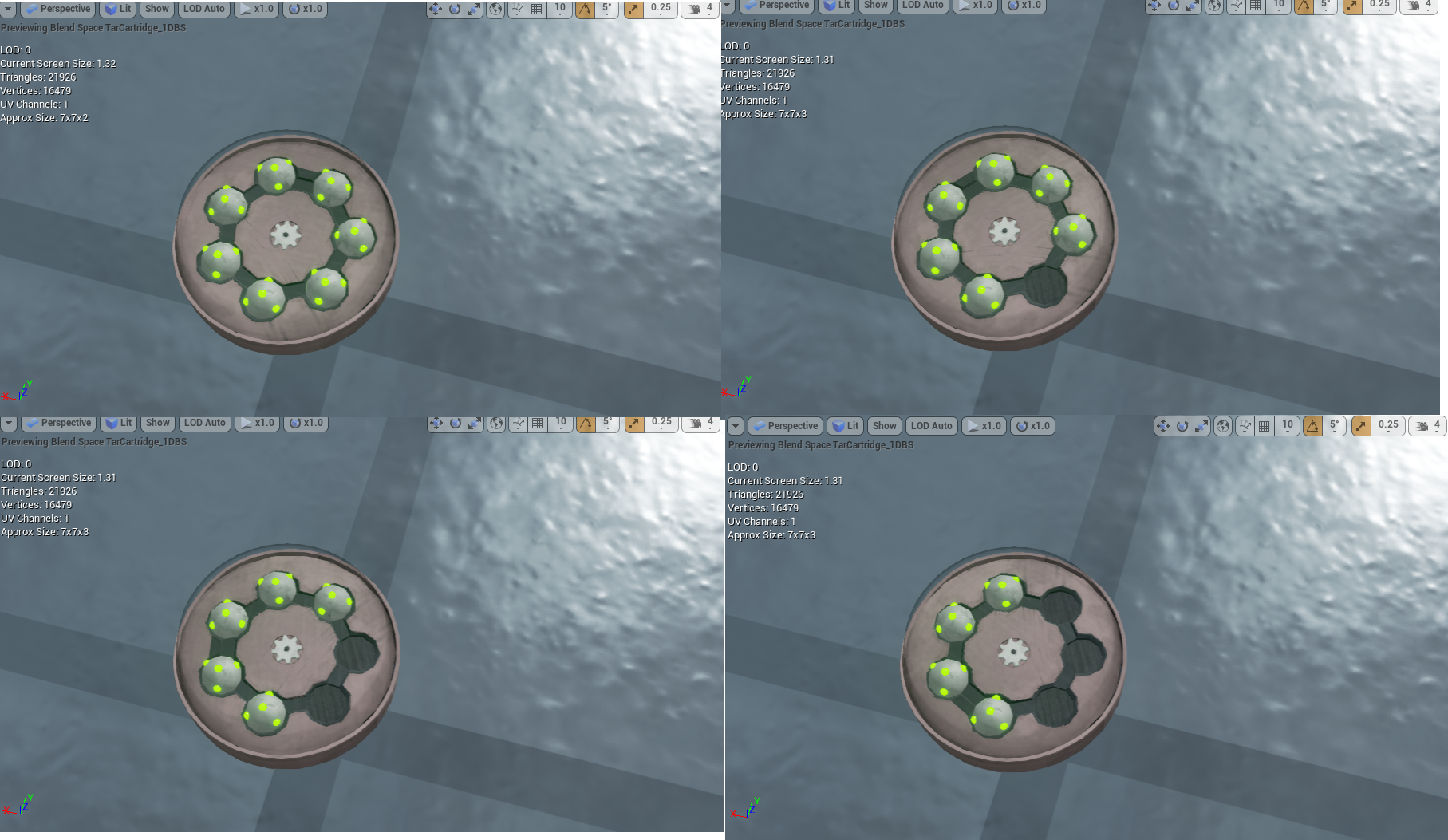 What I want to do is have it so that whenever the player fires this weapon, the blendspace plays to the next state, visually indicating the remaining rounds to the user.

Calling an animation itself is easy enough, but I don’t know how to control the movement of this blendspace.

Or maybe I’m not using the right tool? Should I be using a montage instead? In which case, still, how do I control it?