I developed a driving game and I want to support gamepads as well. However, controls are a bit messed up when I plug my controller. If I don’t touch the steering inputs, the car turns to the right side. This situation is also the same in default Unreal Engine 4 Car project. So this happens in completely default project as well as in my project where I tried multiple different settings.

For example, in the default UE4 project inputs are set up like this for car controls: 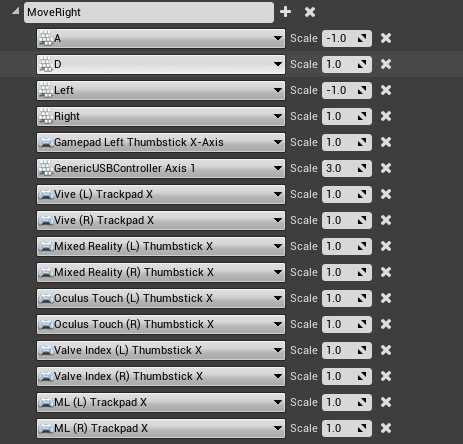 I tested this with Xbox 360 controller. Note that I also sent my game to Steam for review, and they also reported same issue happens with XBox One controller.

What am I missing here? Thanks.