I’m getting started on using Control Rig and I’ve run into a problem with setting up a Basic IK. The issue seems to be stemming from having twist bones but I’m also not sure if that is the issue though because the twist bones move with the IK rig properly. The problem is that everything is offset. I’ve run into similar kinds of issues rigging in other tools but I don’t know what to do in this one to make it so that when the IK builds it keeps the bones in the same position they began in instead of adjusting them when the IK builds. I’ve included images of my IK node and a before and after of what happens to the rig when the IK is on vs off. 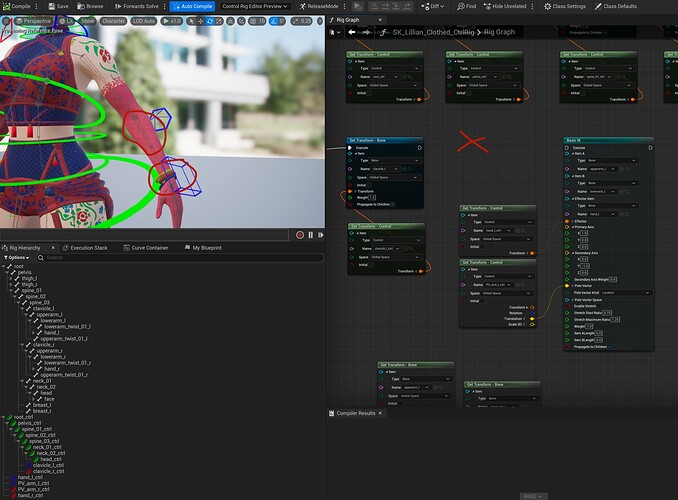 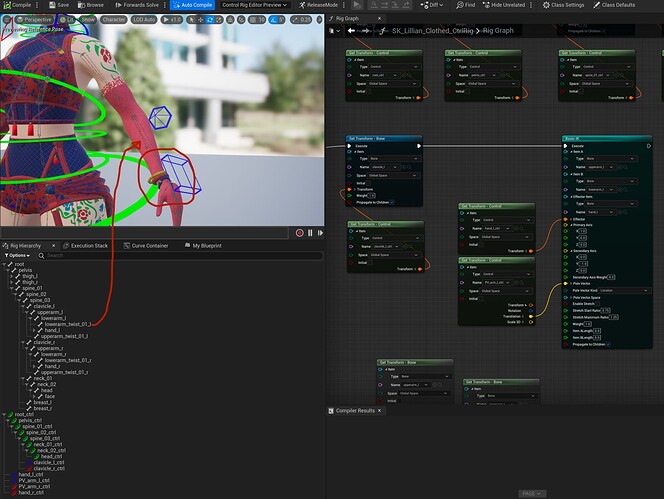