Does anyone have a good method that I could borrow some inspiration from in regards to visually determining what’s paired in the editor?

I have some enums / vars on a trigger and actor, and I want to have a line drawn from the trigger to the actor so I can tell they are paired (have a specific value the same).

Is this something I can achieve in BP and only have it rendered in the editor (not in-game)? Basically what GtkRadiant would do between two connected entities – see attached screenshot.

I’ve currently tried to use Construction Script (in my Trigger class) with a DrawLine call. DrawLine doesn’t draw infinitely, and if I set it to a high duration and then move my Trigger it’ll draw a bunch of lines at once. I guess it isn’t that bad as I would just need to re-open the map to clean it, but maybe someone else has a better solution for a rudimentary BP version (eventually I’d want to move it to code).

So I got some progress but I still wanted to see if someone had a better solution to my Construction BP debug line woes. On my test map I don’t really care about the issue of ghosting lines (because I have to set a high duration for draw time), but in a main map with potentially 100+ pairs this is an annoyance.

Here’s what I got so far 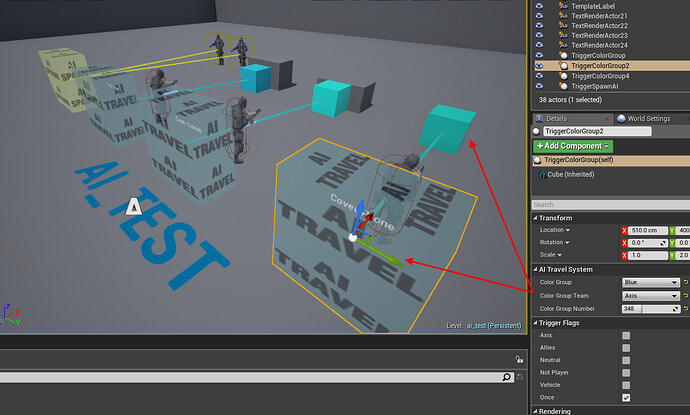 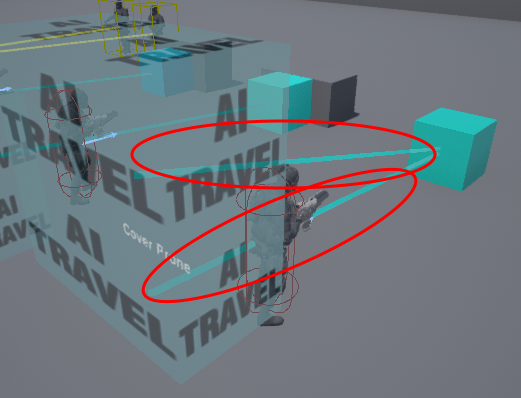 This is my Construction Blueprint (before that it just logic to grab paired actors), is there an alternative or better way to do this so that the lines get “killed” when the Construction BP updates after a drag?

I’m not sure if throwing in a loop to manually draw it every second until it detects a drag / position change (if possible) event occurs would be really dirty and hurt editor performance.

Does it leave multiple lines there when you move it several times or only the most recent 1?