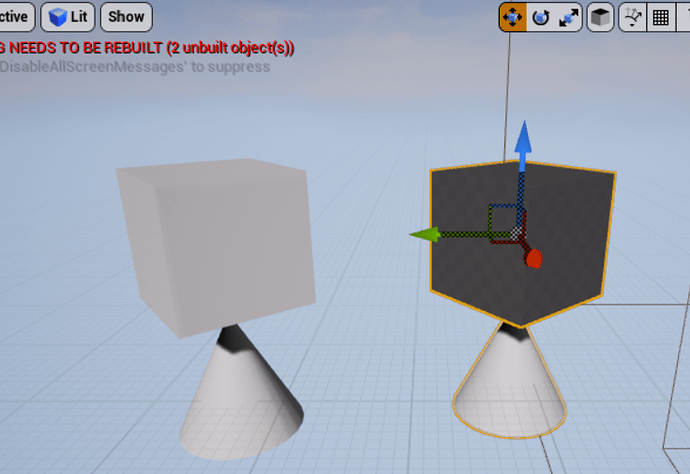 maybe my english is terriable, so you can’t figure out what i’m saying, I will describe it in chinese !
为什么组件的旋转轴不能在本地空间操作，这样很不方便，即使在右上角切换成了本地模式也不行？？？

I’ve recently reproduced this myself when someone asked about this on #unrealengine IRC-channel. Basically this happens when you try to access the component directly from actor that’s placed into existing level.

Gizmo’s rotation works correctly for components in BP editor, but not if you access the components from current levels viewport. Gizmo location itself get updated but it doesn’t rotate. Gizmo gets aligned by it’s parents alignment instead.

That being said, while it’s clearly a bug, I think the official way to report bugs like this is via answerhub.

One of the buttons in the top right of the viewport can be used to change the gizmo to use object space.

One of the buttons in the top right of the viewport can be used to change the gizmo to use object space.

TG42’s actual issue is not local vs world space not working (it actually does work). You can however see on that screenshot that it’s already set in local space and gizmo’s rotation is incorrect.

TG42’s issue is that gizmo itself rotates only by base actors rotation and doesn’t change alignment when you select child component (it does update correctly on BP editor’s viewport when you do that, just not when you place objects in level).

To illustrate the issue, I took few screenshots: 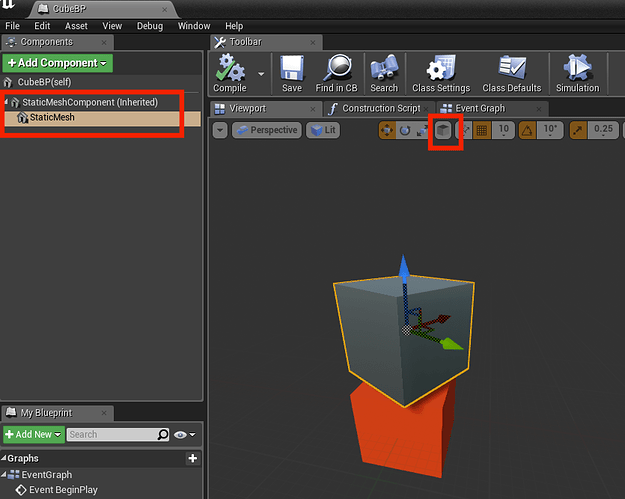 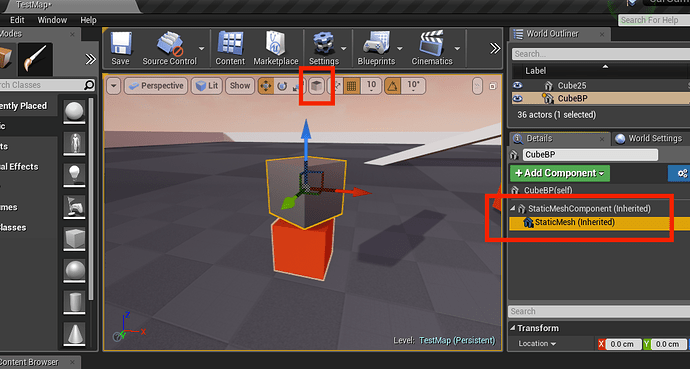 Thank you 0lento ！ You perfectly reproduce my issue !

Just found this, which is kind of old, but I got a ticket created for this issue as I just recently ran into this (UE-65230)

Alexees, thank you for creating the ticket, I’m kinda lazy about those. It’s 3 years old already, such the elementary feature has such a bug. I hate bugs like these.

Added my vote to fix this ridiculous issue. Wondering how Epic artists deal with it since so many time…crazy.

This is still not fixed? Very annoying problem…

Actually, the optimal solution to me would be to able to toggle between three Gizmo Coordinate Spaces: World, Actor, and Local, since I can see that in some cases it is convenient to have the gizmo aligned with the actor the component belongs to. Would be even greater if we could also pick a custom object’s coordinate space, similar to many DCC applications.