Ever since i update from 4.10 compiling take forever however when i minimize unreal it compiled very fast but if unreal is open even without working on it or any other program on my computer it freeze and take 10+ hours to finish also when compiling, if i save anything even a small assets while compiling it take forever.

I have a few questions for you so we can try to narrow down why your compiling is taking so long.

Hey Matthew sorry for the late reply i been waiting for the project to finish compiling but it been 2 days it got even slower.

*I’m using a Binary version from the Epic Games Launcher.

*Apparently 1.3 GB, i was using 4.10 and i din’t have any problem with compiling, but ever since i migrate my project to 4.11 and know 4.12 it nothing but problem very slow and for some reason i have to minimize the window so it can compiled a lot faster.

A couple days ago it starter to compiled something it when up to 10,000+ i took about 10 to 12 hours to finish, when it was finish compiling that asset it started compiling another asset it when up 10,000 + again and it been two days know and it still not finish. Also i been wondering, does the internet have something to do with compiling if i have a slow internet speed does it affect the speed of compiling ? 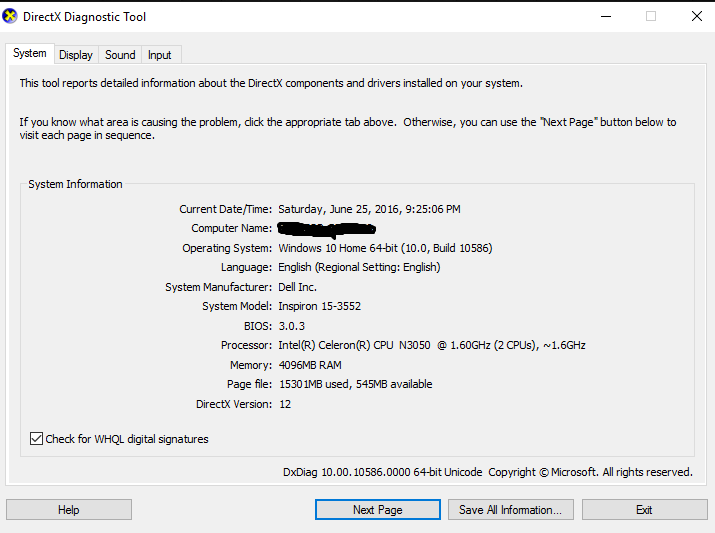 I believe there is a bit of terminology mixup here. From you mentioning that it is compiling assets, I believe you mean that you are packaging your project, not just compiling your code. If this is the case, it would unfortunately be expected that it will be a slow process for you due to your RAM and processor. Both of these are under our recommended hardware specifications. There is something that may be able to help you if you are experiencing faster packaging when minimizing the editor however. Please look into using the Unreal Frontend. This is a program that can be used from outside of the engine to allow you to package without needing to have the editor running. This should be able to help you package quicker since it’ll avoid the editor using up your limited resources during the process.

How do i get it to compiled ? Every Information i find is outdated…

I apologize, the documentation for this particular feature is fairly old but I can give you a quick rundown of how to package your project using the UnrealFrontend. First open the UnrealFrontend by finding it in your Binary engine’s installation folder. The default location would be something along the lines of C:\Program Files (x86)\Epic Games\4.12\Engine\Binaries\Win64\UnrealFrontend.exe

This will bring up the Project Launcher tab primarily. Select the project you wish you package by using the dropdown at the top left of the window and browsing to the project’s .uproject file. After doing this, you can package with default settings by just selecting the platform you want and hitting the corresponding “Launch” button on the right side. If you wish to use custom settings however, use the + icon near the bottom right of the window on the same line as “Custom Launch Profiles” to add your own profile with your custom settings.

When i launch with default setting i get a black screen in my phone when i open it, but when i create a new profile and select the map i want to cook it get stuck in different asset, i got this problem before and the problem was due because the asset wasn’t compiled like trying to package without compiling the asset.

Ah, that gives some more information that I didn’t know before. Since you’re building for iOS on a Windows machine, is it a content-only project or does it include code? If it does include code, are you using Remote Building with a Mac to allow you to package this project?

To test to make sure that it isn’t the particular platform that is causing this problem, could you try packaging for Windows to see if that works correctly? The default settings may always lead to a black screen as it may not include any maps by default.

Edit: I agree that having a low-end processor and RAM shouldn’t cause you to be stalling completely but the times could be so slow that it seems that it is. There was an issue in 4.10 and 4.11 that caused dual core processors to not be able to package at all due to how the threads were being allocated so it’s definitely odd that it’s not working now when it did before.

It a content-only project, no remote no code.

Okay i’m going to let it finish first ,when finish i will try launching it and package it for windows to see if it a ios bug.

It strange and frustrating like i said, in 4.10 i dint have this problem at all but now ever since i upgrade it extremely slow to compile now i got to minimize unreal and everything so it can compile a little bit faster, i dont think my pc ram and processor have a lot to do with it.

I was messing around with Unreal Frontend yesterday but got stuck on different asset, during 8 hours it never compiled a single asset, i eventually cancelled it since it was clogging up my pc memory since i also have Unreal open compiling in another window.

When finish compiling the map i will try your suggestion and try for windows but for the look of it i’m not surprise if it took a week or two to finish.

One thing to keep in mind is that, if you started creating your project on those older versions, it only needed to cook the new content once. In that case, whenever you did subsequent cooks, the already cooked content wouldn’t be part of it and it wouldn’t take nearly as long as cooking from scratch would. Once you moved to 4.12, it had to recook all of that content due to the new version, meaning that it will take a long time to do even on a powerful machine.

A good way to test this would be to make a copy of the 4.10 version of your project and then delete the ‘Saved’ and/or the ‘DerivedDataCache’ folder (if it exists) in the project’s directory. This will wipe all of the cooked data and make the process start from scratch.

If minimizing the Unreal Engine window is affecting the speed of your packaging process, that is a telling sign that it is related to your CPU and RAM, as they aren’t taxed as hard by the Editor itself when it’s not in focus.