There is a couple of BP attached. ErrComponent is an Actor component, it simply declares a variable Test.
NewActor BP uses ErrComponent and prints their Test variable at BeginPlay.

If you create another Actor based BP and reparent NewActor to it, then repeat steps 1-2 the variables will be reset and DEADCLASS error will be thrown in the output log.

If you delete BeginPlay from NewActor and retry steps 1-2 then the variables will not be reset / DEADCLASS not thrown.

I was unable to reproduce the issue you are experiencing on our end. I have a couple of questions about your issue to help me investigate further.

Yes, I can reproduce it with new project. Steps to reproduce: 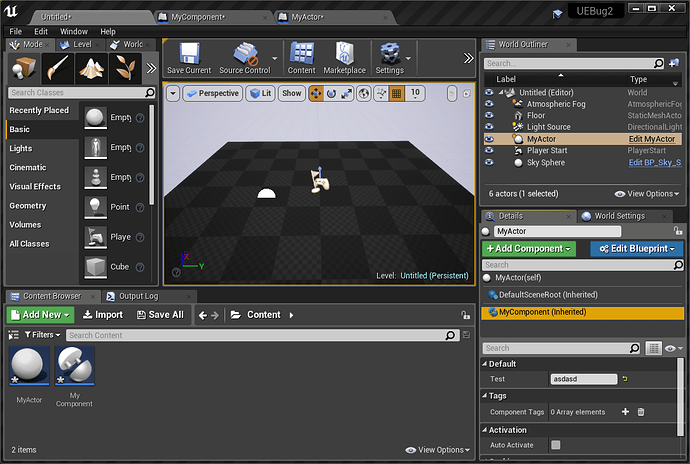 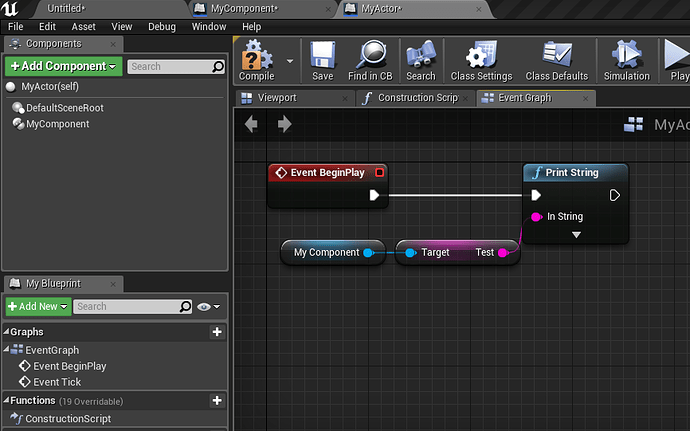 This is the bug number 1.

It appears that this issue has been fixed internally and will be present in an upcoming engine version.

Have a good day!

Just tested in 17.2 and the bug is gone, it’s working as expected. Btw, it’s not that important, but the “DEADCLASS” message is still here.