am i missing something or is it just not working?

I am trying to communicate between two Widgets. In my first Widget i got the option to select between the languages english and german by pressing a button. this sets a variable boolean (“language”) to true or false. Now i want to read this variable in my second widget.
In my second widget i’ve set up a widget reference to the first widget which is public and got a target to the boolean (“language”). Now i created an event tick in my second widget with a print string function. It is set up that i should see a different text every frame printet to the screen depending on the language i selected in the first widget.! 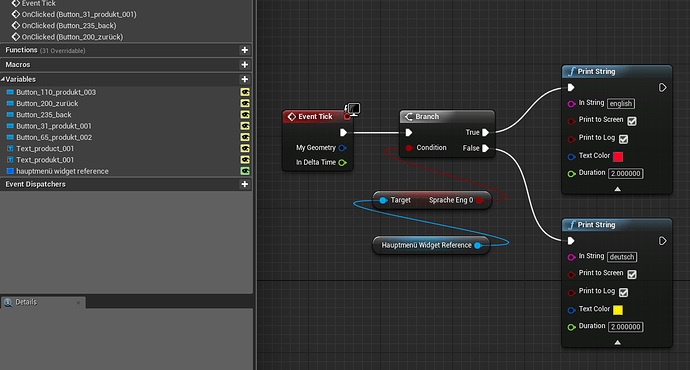 But it is not working. the two widgets are visible on my screen at the same time but when i push the button to switch the language the text which is printed is not changing.

what am i doing wrong?

Add a custom event to you gamemode and call this event when you press the button. See the screenshots below.

thank you very much! that worked for me!