Communicate between UMG and char BP

I make this far to make character jump when player click on the UMG set button, BUT I want the character to double jump and that BP I already have, as you can see on the char BP 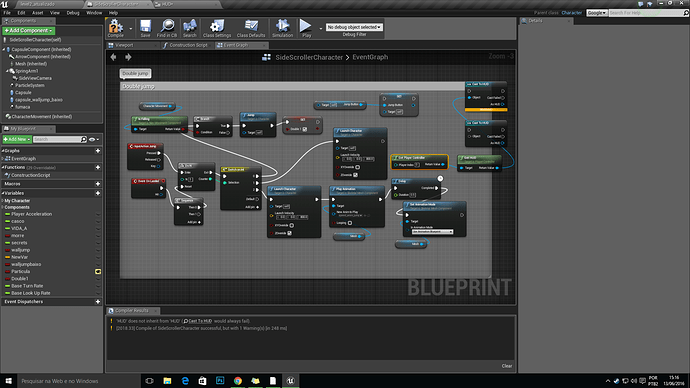 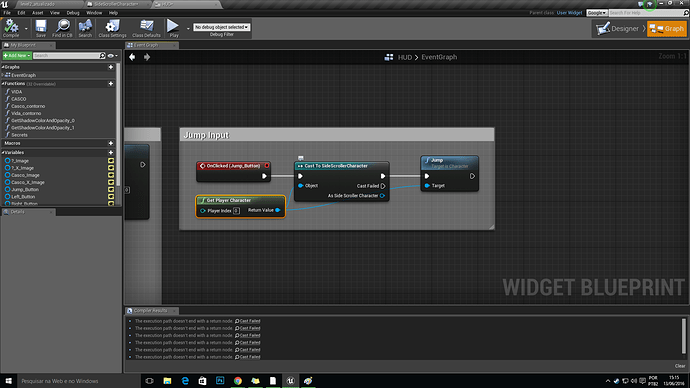 you wanna make him do a double jump?

I already resolved the walk problem, now I want him to double jump. I already have that BP, but is on the Char BP not on UMG

When you did it you can simply get your input, get your widget reference as a variable and do whatever you want with that widget, hope this helps!