Combo chain diverge and multiple input for one attack?

This is basically two questions in one. I’m making a hack’n’slash game with a combo system similar to Devil May Cry series and Naruto Shippuuden Ultimate Ninja Storm series, where in between a combo, you can press a different set of buttons for the combo to diverge to a different chain and finisher.
For example, [Xbox Gamepad] B, B, B, B, B leads to a certain chain (this I have already done in the Blueprints) and B, B, LeftStickUp+B, B leads to a different chain which diverged from the 2nd punch. How do I do this?

I did find a video where it shows how to diverge combo chains, but the uploader used a completely separate key for his system i.e. [Keyboard/Mouse] LMB, LMB, LMB for one chain and LMB, LMB, RMB for another chain. This wouldn’t be an issue on K/M but I have limited buttons on a gamepad. Moreover, the uploader used a single button for the chain divergence. I need multiple. Here’s the video: UE4 Blueprint Tutorial 06 - Melee Combat (4/6) - YouTube

Another point to note is that Action mappings have Pressed and Released exit node, but my LeftStickUp (as well as W and S) are Axis mappings. I did find answers mentioning action mappings but not axis mappings.
[In case you’re wondering, I am fairly new unreal in general]

So again, here’s the gist of it: How do I add axis+action key input to run an animation montage…and…how do I diverge attack chains using those combined inputs?

Here are my blueprints so far: 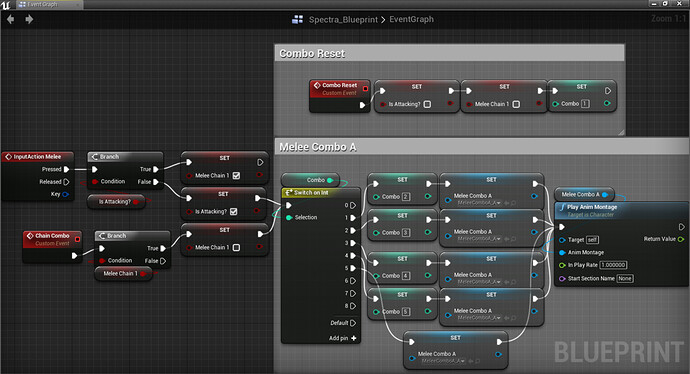 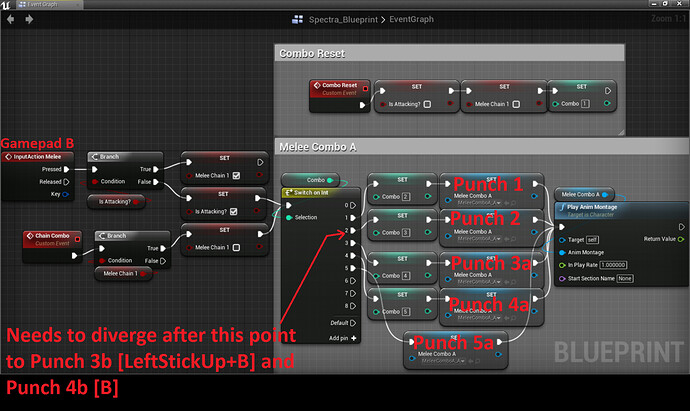 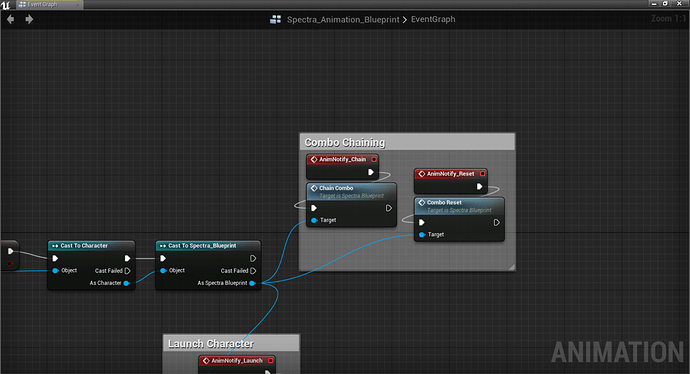 You should be able to just get the current axis value when your button press happens.

All axis values have a Event and a Getter. You can check the getter any time to get the current value. 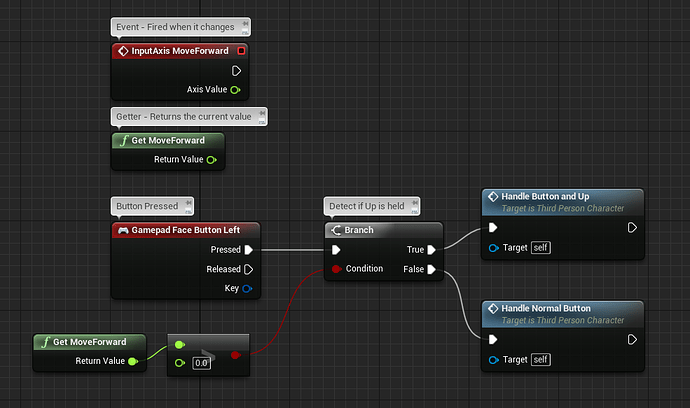