I’m new to UE and trying to make my first step into it ;).
I was trying to make my paper2D-Character colliside with a cube. The character is moving exactly like pacman, changing rotation of the sprite to always face the movement direction.

And it was working well until I send my character to the top face of the cube, it get stuck there.
I was not able to figure out why. Maybe someone know? I’ve tried to change collision of my character (who is a paperflipbook) but it wasn’t effective. 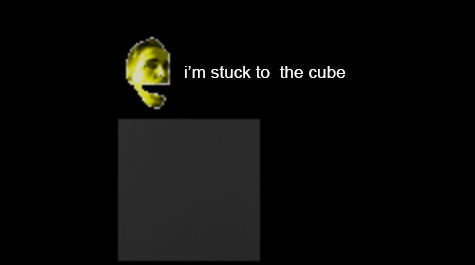 It’s hard to say without seeing your code but you shouldn’t be using bsp cubes anyway. They’re hinder performance greatly in comparison to a sprite for example.

Hey I found a solution, my game (character and wall) was actually facing front, I put all my element so they face Top view and I had no more problem with collision anymore.
I think there is some issue with gravity ( that I’ve set to 0) that made it stuck when going down.

Hey thank you Distul ! I didn’t think of using another sprite for collision…
But it is still getting stuck when my character collide with the top part of the sprite.

There is not much of code, just keyboard input associated to a velocity set.