I came accross a strange behavior while working on a puzzle game concept : when you enable/disable physic simulation on objects that are touching each other, they’ll sometimes pass freely through each other… I filled a bug report 2 or 3 weeks ago but didn’t get any answer for now.

I was wondering if any of you guys would have an idea to fix this problem… I didn’t find any proper workaround for now.

Because a video and an example project will be more clear than a thousand words, here you go ! 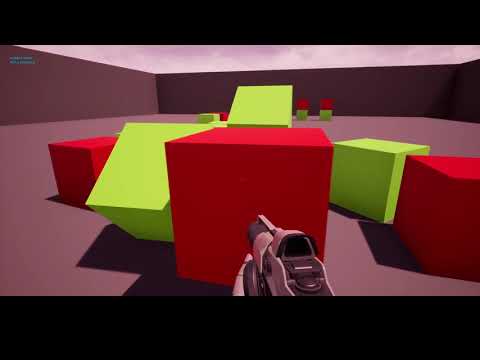 *I’ll copy the bug report I sent too, if it can be of any help to understand the problem :

EXPECTED
Since the cubes have collision enabled at all time, simulating physic or not, they should never be able to pass through each other

DESCRIPTION
Please watch the following video for a detailed demonstration of the problem : Unreal Engine 4 : Collision bug when enabling/disabling physic simulation on touching objects - YouTube
As you can see, when objects are touching while changing physic simuation state, it happens pretty often.
Strange thing is that usually, when 2 non simulating objects are going though each other and one enables physics simulation again, they repeal each other.
In this situation, they’re going through each other without detecting they’re overlapping.

ADDITIONAL NOTES
Adding logic regarding the physic simulation tends to increase the problem.
For example, on the project where I came accross this bug, I clamped the objects speed on event tick, to be sure they don’t go over a given speed.
With this feature enabled, the cubes are passing through each other way more often.*

Hi,
I also have this issue.
Did you fix it? Thanks.