Hi, does anyone know how to make collectibles behave such as screws in Ratchet&Clank? What I mean is after I get close to them they came into my character . I tried to get this effect with ‘"move component to’’ But it doesn’t work for me. Here’s the video that demonstrates this .
Thank you very much for any help ! 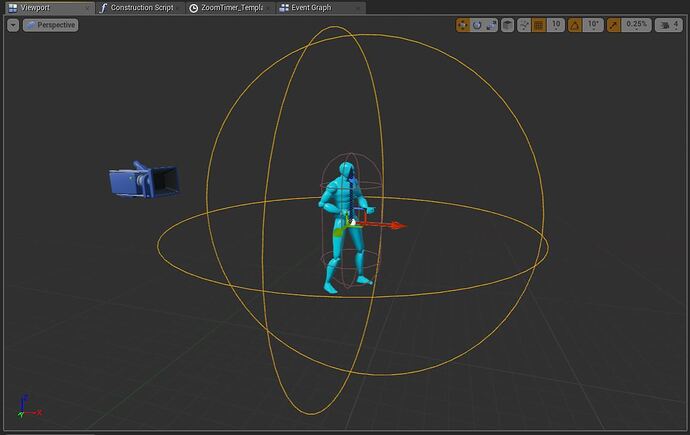 The pickup in action!

I hope that helps. Let me know if you have any questions.

Thank you very much for the great explanation! Now everything is working the way I wanted . You rock!

Hi, I’m new here so… HELLO!!
I started to use unreal a few days ago and I love it.
I tried this on 4.8 and it doesn’t work, maybe I’m doing it wrong?? I have set everything like in the pictures.
Could the new version be the problem?
I hope you can help me, I like this idea.

I converted the project I made that contains this to 4.8.1 and this feature works properly for me. If you would like, feel free to post some screenshots of your setup so we can see exactly how you implemented it.

Your setup looks fine. During Play-In-Edtior, if you keep the event graph for Item01 visible, does it fire at all when the players Sphere overlaps it? It shouldn’t destroy until it reaches the players capsule.

I used the ThirdPerson example project without changing any option, I just added those things.

Hey, I know this is an old thread but the other answer does not actually implement the picking mechanic exactly. Luckily, I am doing a Ratchet and Clank tutorial series on youtube. Here is the video of the whole bolt/pickup picking logic
Video