I want to create a dedicated server inside a Cloud like Google Cloud or AWS.
The server is working locally already or via my public IP, but I need to move it to a cloud that runs 24/7.

Is there any documentation for this? (Mind you I made everything with Blueprints, I understand the logic but not the whole syntax of C++ or Java or anything needed for this

I already made an account on Google Cloud & AWS but my brain is melting from all the information about services and API packages.

I’ve successfully used the rest/json interface via unreal’s FHttpModule to access Azure. It works really good and there is no need to bring in 3rd party libraries.

I’ve now made an account on Microsoft Azure.
But, the same as with the other Cloud hosting sites, I am at a loss how to get my dedicated server on there and connect with it…

Is this the way to go? Virtual machines?

I am now trying to build the Amazon GameLift Server SDK, but failing:
https://www.calypsas.com/news/aws/launch-amazon-gamelift-now-supports-all-c-and-c-game-engines/

It goes wrong at this step(CMD):

I’ve also tried to directly open the Visual Studio Solution and build it in there but that gives me errors as well. 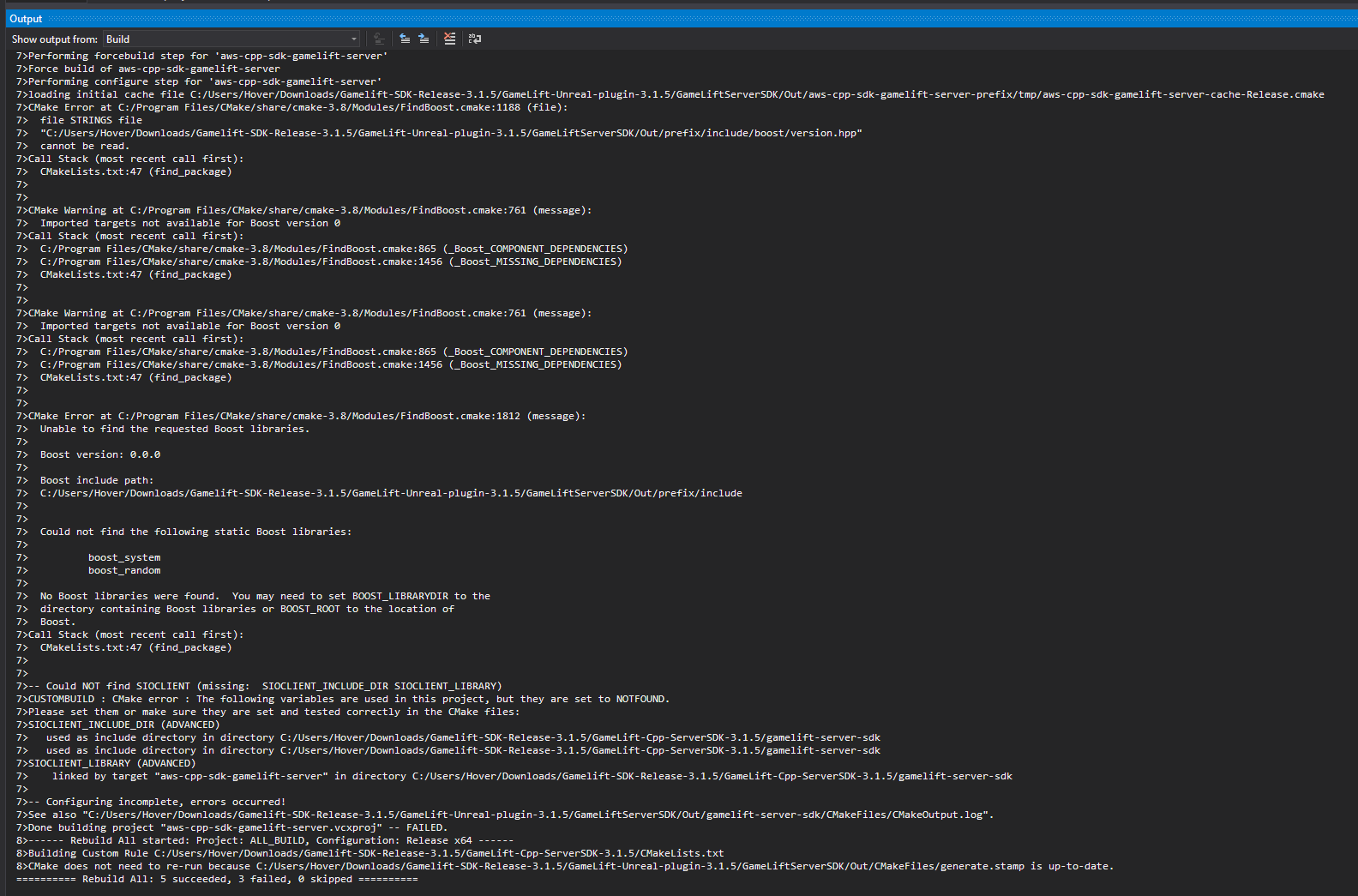