Years ago, I wanted to write a First Person Shooter. I realized to make a good FPS (I wanted the old style Duke Nukem/Doom kind) I’d have to build a framework for it. I then realized, the framework itself would be a useful product. So…I experimented for a while, had some false starts and learning experiences, worked on other projects in the meantime, and eventually in March 2018, began in earnest to make the Classic Single Player FPS Game Framework.

A little over a year later, after a few more false starts where I decided “this is a mess, I’m using it as a guide to start over” I got a project going. I didn’t use a Scrum board or Trello or anything, just a Word file titled “TODO” and every time I realized something needed to be done, I’d put a line for it in the file. Every time I finished something, I’d erase it from the file. The file expanded and shrunk, expanded and shrunk, and ultimately blew up to 4 pages, before slowly shrinking to just 1 page, it stayed at one page for a while as I added and removed at roughly the same rate, and finally was down to a few lines, and finally…complete! 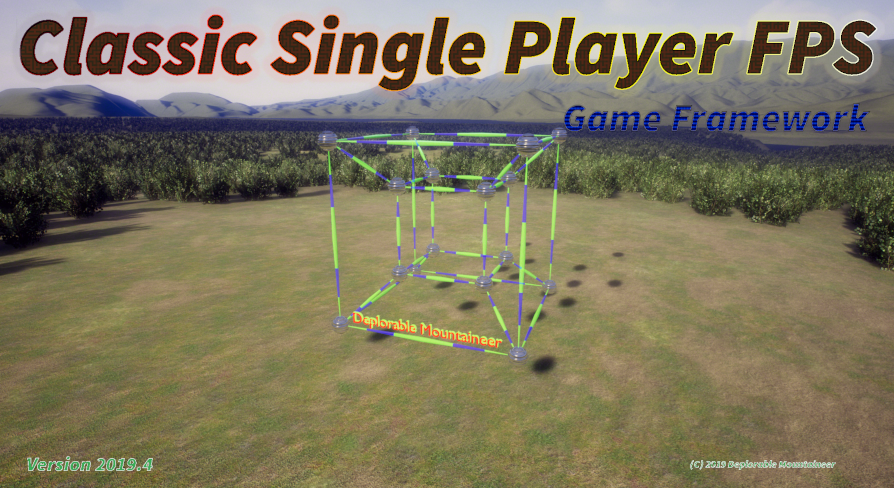 Make Game Creation Great Again! With DM and DN3D, you could make your own levels. You can do that again now.

I also have a trailer here: