Gamescom (25 Aug - 29 Aug ) is getting closer and closer and during that time and a few days beyond, the demo of Highrise City can be played for free.

I finished the last preparations yesterday. The project is “cooked” and uploaded.

Lastly, I worked on a new system for drawing textures on the voxel landscape.
This also allows soft transitions between the ground textures. The performance is very very good despite translucency. Normally, translucency materials cost a lot of GPU computing power. These costs add up when several translucent materials are placed on top of each other, so that the fps is greatly reduced.

This building is the small church (available in demo). At release, +20000 buildings can have this level of detail. 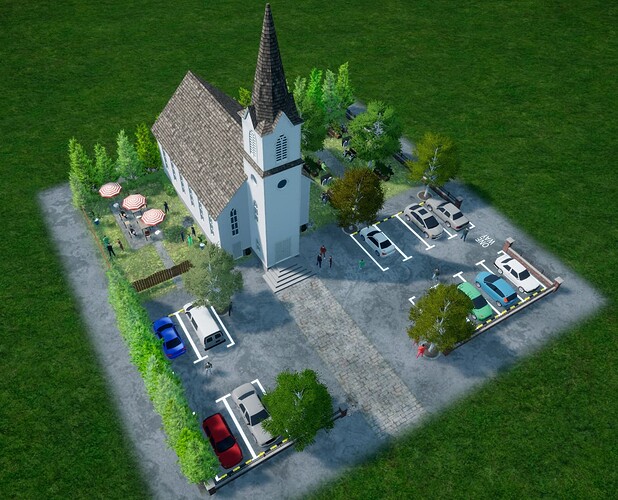 Visually it looks like a Cities Skylines but it plays much differently. The economy and production chains are a fundamental feature.

We have created a feature showcase video to explain some aspects of Highrise City in more detail (in english): 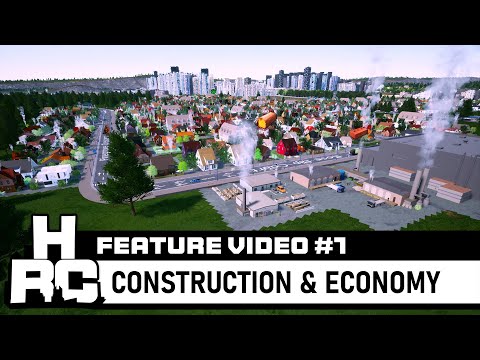 Highrise City can now be played for free as a demo on Indie Arena Booth Online. 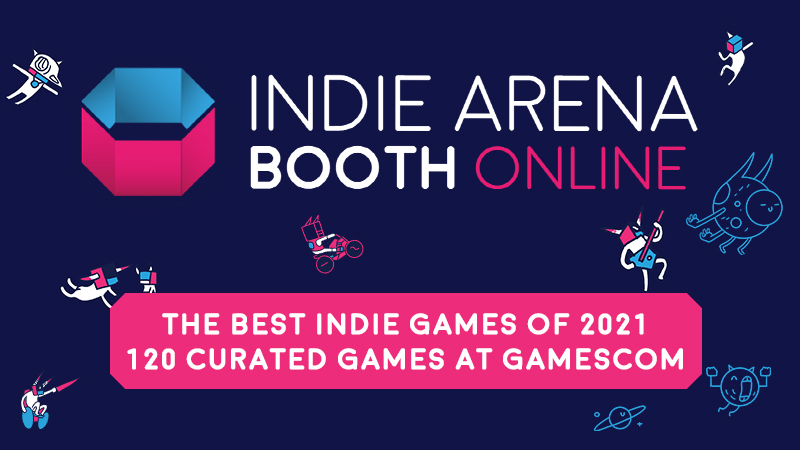 We have produced 2 new videos. 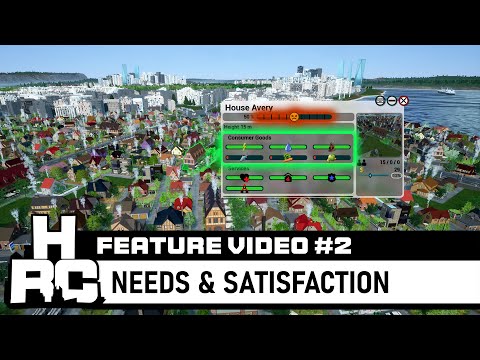 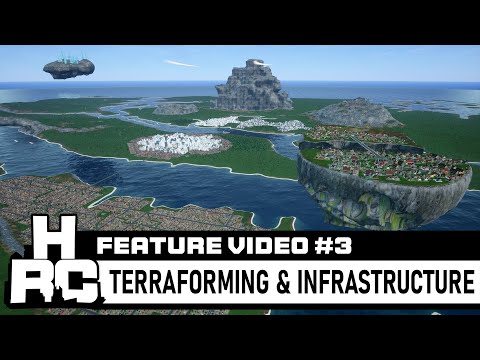 We have new videos. 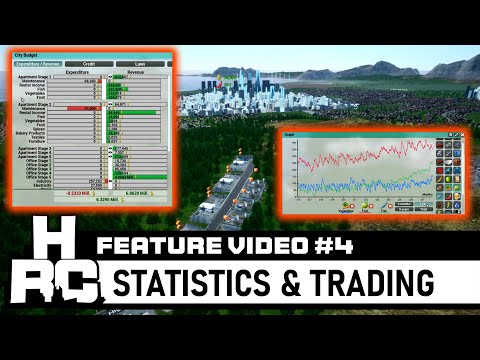 So excited to try this out and most likely make a hot-mess of a city.

Love all the details you’ve added to give information access. One of my biggest complaints with other city builders is not seeing where all the money is actually going. You’ve seemed to totally have solved that problem.

Some of you can see what Highrise City looks like at the moment here: 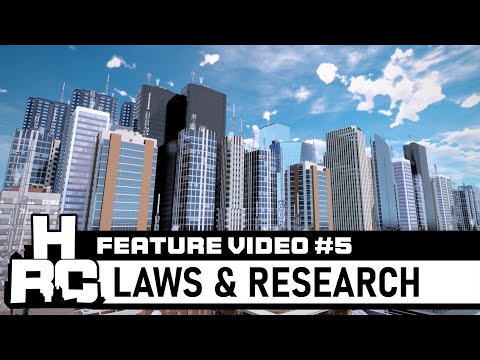 In any case, I’m looking forward to feedback from the community with suggestions for improvement, wishes and also finding bugs, and maybe one or two of them will be here.

The playtest has begun. The feedback so far has been more positive than expected.

The playtest on Steam has ended.

We expected some interest in the playtest. What we didn’t expect was a situation where so many people requested access that we weren’t able to satisfy everyone. In the end we had about 4000 people with access to the playtest, of which about 3500 actively tried the game.

Originally, we had no plans to use Early Access. However, the recent playtest changed our view. The feedback was not only super great, but also very helpful. And we realised that it makes sense to have the community involved in the current state of the game.
So we decided:

Highrise City will go into Early Access on 24 March. We are participating in the “Steam Festival” and have published a demo of the game.
Anyone who would like to try out Highrise City:

A release date! I’m so excited

Gotta say, I’m a little sad to not have any more “development” videos. Maybe there’s hope for future update videos?

Either way, congrats on the launch of your project! I’ll be sure to check it out. And thanks so much for introducing me to this game, I can’t wait to rage quit because I built my city wrong.

I share in excitement with @PresumptivePanda ! We both have been following the progress of this project and are looking forward to playing Highrise City soon! It is on both our wish lists!

I received the alert yesterday that Highrise City is available now! 8 years in the making has culminated into a fully released, tested, and realized project! Thank you so much for taking us with you on the journey!

We also start right away with a 15% discount.
Steam Shop: Save 15% on Highrise City on Steam We had a nasty bug right at the start, which can lead to a crash in larger cities. We fixed the bug after 12 hours.

The reason was Unreal’s garbage collection. It sometimes deleted UE render objects that were still being accessed. So nothing I had programmed.

On Twitch yesterday, I saw someone who attracted more than 1 million inhabitants to the city. I was surprised myself.

We are always very interested in community feedback. We read everything, even if we can’t always reply through the crowd.

Thought it’d be time for an update on the current status and what has happened so far. Highrise City has now been out in Early Access for around two months and we’ve got tons of feedback, much which we already implemented or taken to our agenda for future updates. This week the second bigger content update was released (and hey, if you are interested in it, the game is currently 15% off). The second update introduced quite a bunch of new buildings and gameplay changes. The first one already introduced an early version of a building editor and the workshop is slowly filling up. Quite amazing what the players already created, my god, didn’t expect that. We were also able to increase our team. A new programmer was already hired and we’re currently looking for an environment artist. What I wanna say with that: We really can’t complain about the start of Early Access, like not at all. And we’ve got tons of stuff to work on now based on the feedback.

I’m currently reworking the terrain tool, the new programmer is working on the editor so that players should be able to load custom 3D models into it in the near future. And with the changes on the terrain tool… well, I’m doing the changes right now and these will influence future updates as well (e.g. when reworking / updating the street system).

we are continuing to develop Highrise City and have just released our biggest patch yet.

We have changed so much under the bonnet that cities will now feel much more realistic.

First of all, we are now actually calculating every citizen correctly. This means that every one of your residents, unless unemployed, has a permanent job and travels from their home to that same job. The trick: your inhabitants no longer willingly accept every distance. For you, this means that you have to replan a little when it comes to cities, because exorbitantly distant industrial areas are no longer possible. This makes the game more challenging and realistic at the same time. To help you keep track of everything, there are numerous new filter systems that give you information about how satisfied the residents are. It doesn’t matter whether you want to look at the distance to work, the status of the water supply, the occupancy rates of the flats and offices or, or, or. We have spent a lot of time to make the game even clearer and believe that you can master any challenge with the new systems.

Many buildings have been visually improved and enriched with much more detail.

But there are still many, smaller changes that are included in the update. Street lights now glow at dusk, the game saves much faster, new buildings (of a visual nature) have been added, numerous UI improvements have also been made and various bugs have been fixed.

We are currently working on a better visualisation so that the city looks more realistic. The fact that every person has to find their way to work is a precursor to public transport. We are also continuing to improve performance and want to fine-tune the individual gameplay elements. There will be new production chains soon.

At the moment we have the publisher weekend from Focus Entertainment.
Highrise City is also there with a 20% discount.